I apologise profusely to Leisur::Hive for my slackness. Lets just say I was abducted by aliens and forced to watch re-runs of Mork and Mindy for factual accuracy.

Leisur:Hive are one of the first homegrown bands I have heard for ages that have a genuinely unique sound and style to their music. If I had to pigeonhole it, I would say its a cross between Death In Vegas and Sunna, with a hint of Nine Inch Nails.

As ‘Try To Be Still’ crawls into life it harks back to the Industrial sound of the early nineties by painting a bleak, unforgiving landscape which immediately attacks the senses. The whole album is almost an exercise in nihilistic self-destruction, with the vocals of ‘On Sectional Pad’ becoming an inner-voice. Strings strain and the bass rumbles forcing the listener inwards – this could almost be the soundtrack to ‘The Crow’.

To say I was surprised listening to this album would be an under-statement, especially after word of mouth coupled with their liner notes hinted towards an almost impregnable band, making the music solely for their ears. This is definitely not the case as even on the first playing there is something that makes you listen to every note, every menacing lyric, just to find out what they’re going to do next.

‘Aeroplane’ is perhaps the strangest song on offer, mainly for its spoken word poetry. But even on this they manage to create the right atmosphere, and judging by the credits on the back, this is the song they have put the most of themselves into.

‘3 Ton-Edition’ comes to an end with typical style in the form of ‘Neck Decision’, which is my own personal favourite. Less musically sparse than its predecessors, it bounds along carrying the listener aloft on a wave of guitars. Again there is something persistent in the tempo of the music which holds your attention till the last note.

The final track ‘Waiting rooms’ almost drags itself through your speakers and by the time the wail lands, the bass is just squeezing through the woofer.

It would be interesting to find out how their music would sound live, and judging by the production of the album and the fact that you don’t hear a band like this too often, it would definitely be worth finding out. 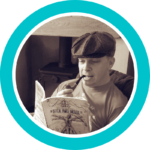 Bradshaw
[email protected]
Duncan Bradshaw is a gentleman, a musician, and a renowned bizarro author. 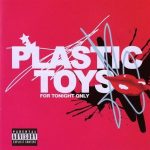 Plastic Toys – For Tonight Only LP