Having heard of Substance for a few months now I was quite interested to finally hear what they actually sounded like. ‘FC Sporting’ airbursts into life with the atypical variance in vocals – one sounding like he’s been smoking Marlboro Red for 30 years and the other most definitely not! There are some nice little riffs here though, harking back to those nu-metal days of yore.

If I had to liken them to one band it would be System of A Down, just in the way that, at times, there is a lot going on that, whilst it sounds appealing, it takes a few listens to perhaps fully appreciate what they are trying to do.

They do try to mix things up, but as a one-trick-pony, it’s merely a pot of glue in the waiting. Music evolves and one thing I believe bands need nowadays is the ability to try things perhaps they wouldn’t think of. Just because you love metal doesn’t mean you can’t slow it down and put some strings in the middle. Music should be about making a sound which you and your fellow band mates identify with, with other people liking it as a bonus.

‘Perpendicular Bisector’ gets back to business, and again it’s not bad. The timing goes out slightly about two minutes in, but it doesn’t adversely affect what they are going for. The SOAD-esque break then guides you down a side-road until the main show gets back into action incorporating a nice hook, ‘I will destroy you’, which is always a good sentiment to have.

‘Heads You Die, Tails We Kill You’ screams its way through the speakers and unfortunately descends into chaos within 30 seconds. They pull it back quite quickly, but while NIN can get away with it, it’s something Substance are going to have to work at.

And lo, after a minute, what’s this? Strings! Nice.

After that messy start with a desperate claw back, the chorus appears with a distinctive rhythm and hooks, which do keep playing in your head for days after. Perhaps they just need to slightly extend it ( as it ends too swiftly) and get back into what Substance are about, making LOUD music, and good on ’em.

This three-song CD has some promise – sure they are still in their infancy, but there are elements that are well done. By the same token though, there are some problems they need to sort out.

Most of these can be put down to the recording and their ‘eagerness’. They come across as just too keen to get something done without really working out what they should do. If they can sit down and work out exactly what they are about and decide on how they are going to do it, they could definitely offer something with promise. I look forward to the next CD.

Written by Bradshaw on 20th November 2005 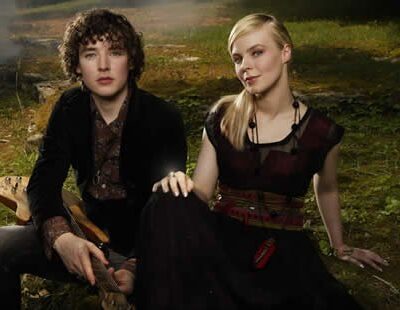