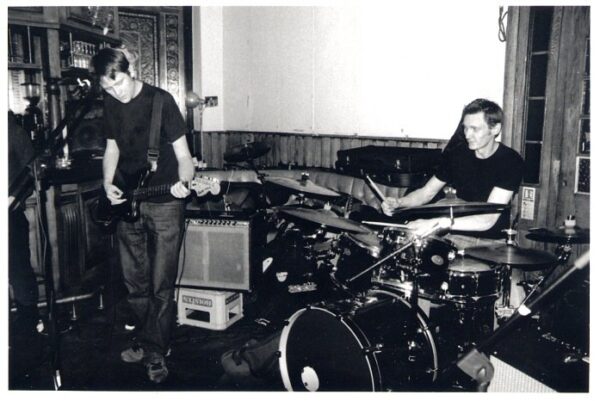 Nosferatu D2 isn’t really a band, they’re more of a duo and, suffice to say, bands that don’t have a bassist really have to have that something special. With these two brothers someone needs to introduce them to a bass player and the possibility of some effects. It’s not essential but a tiny amount wouldn’t go a miss here and there.

The first song is titled ‘Older, Wiser, Sadder’ and it’s hard to get past the bad recording and chaotic drumming that fail to tie anything together. In places the song (if only for a short while) begins to come alive with energy but when it’s gone it’s missed. ‘Older, Wiser, Sadder’ sounds as though it was recorded in the garage and comes across as an improvised mess rather than a well structured song. This is all well and good if you have the time and money. Here it seems as though they just couldn’t be bothered.

The second song starts as though something could really come alive. Everything builds up nicely and even when the guitars and drums blend together the song doesn’t fall apart. On the CD the song is titled ‘Springsteen’ but when you check out the Nosferatu D2 myspace page it has been changed to ‘Colonel Parker’. Out of the three songs on this demo it seems as though this is the only one they have kept and it’s a wise move. With vocals sounding like a punk version of The Streets it seems to work in places.

However, with the negatives out weighing the positives Nosferatu D2 need to get hold of a bassist and a much better recording studio to progress.