Having spent the best part of fifteen minutes fighting with the shrink wrap on this disk, I had considered taking a break before listening to the record. However, I’m glad I didn’t as the refreshment I was looking for was right there in the first song, ‘Uniforms’.

A jazz-swing sound with a piano led orchestration showcases Stuart’s smooth vocal ability. The lyrics have an ambiguous style that is rather artistic and suggests that they mean something very specific to the right people, although another meaning is present for each listener’s unique interpretation.

Another track in this style that really stands out is ‘Speedos’, which conjures up a picture of childhood, with up-beat single frames of memory represented in brief scenes.

There are moments of melancholy in many of the tracks, but the music retains a lightness that prevents the songs from becoming entrenched in depression. In fact, the laid back style of songs such as ‘Plane’ and ‘Feeder’ could even cause the casual listener to miss some of the sadness in the lyrics.

Although the up-tempo tracks were more instant, the slow-roasted blend of the lower tempo songs did start to make more of an impression, drawing me into their intricate compositions.

The Furthest Shelter is a bitter-sweet reflection on the life of Stuart Robertson and listening to the album means becoming a part of the story, albeit as an onlooker. In short, an awesome record that has moments of intense intimacy. 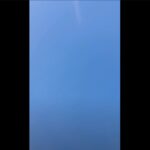 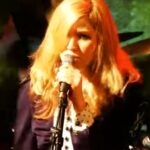