Brandy Alexander are not background music. Invasive and gritty, this is the kind of angsty rock music that you can only pull together when you’re at your wit’s end – or a bit beyond. Reading the lyrics is akin to opening up a sore wound and at the centre of it all is the ruffed up vocal of Dan Skelt, which does justice to the aggressive and emotional nature of this record, with confused mixtures of shouting and frailty.

Ripping its way out of the hi-fi, the anorexic anthem ‘Skinny Bony Body’ instantly embodies all of these points in a frantic sub-two-minute dash towards the second track with clenched fists and screwed up eyes. With a very similar sound, ‘Marble Shell’ is a good song that would have benefited from a bit of separation from it’s predecessor.

After a deceptively up-beat title, ‘Carpe Diem’ manages to turn aside from being directly positive by creating the bitter image of someone telling others to live for the day after realising that they won’t get another chance themselves.

Musically, this record is lo-fi and at times about as technical as plugging in a Hoover. A few erroneous beats and notes creep their way onto the CD, but this hardly detracts from the raw emotion and tragic lyricism on offer.

Religion, alcoholism and a combination of substance and self-abuse mean that this is not a record for the happy-go-lucky kind of chap, but it is one that may strike a chord with the disaffected teenage masses.

Written by Fenton on 27th September 2005 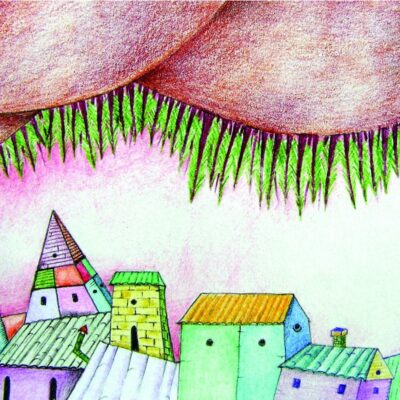