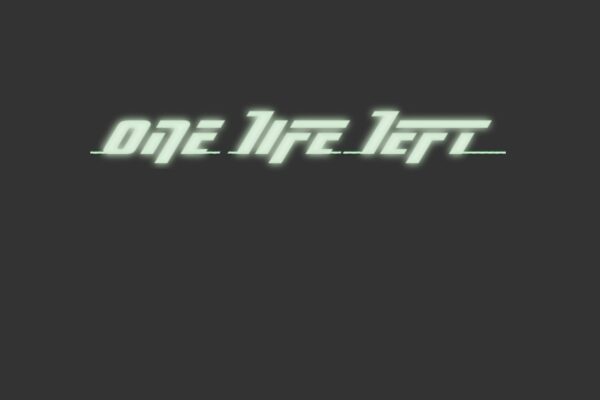 One Life Left know how to build anticipation, with ‘Freedom Failure’ using a verse as a way of getting from silence to chorus in several chunky steps. The guitars retain a wonderfully crispy sound throughout and everything hangs between indie and rock – not in a non-committal directionless way, but with an intelligent artistry that hasn’t decided whether to be subtly clever or all-out muso-cocky.

‘Icicle Lines’ tends towards a more commercial sound, but helps to highlight the quality of the vocal. With a Suede meets Coldplay sound, this track could easily tickle the charts, although the hopes would be that any album One Life Left release wouldn’t lean to heavily this way as ‘Freedom Failure’ is an edgier, more original sound.

One Life Left are standing at a fork in the road and could go either down the commercially sensible route or the alternative rock route. My advice would be to head cross country somewhere between the two in order to avoid getting mired down in traffic.