As soaked punters filed into the Fleece on Monday night, spirits needed to be lifted before stepping back out into the rain. Fortunately it proved that a dose of psychedelia was just what the witch-doctor ordered.

Support act The Peppermints have been pedalling their no-frills garage-band girl-punk for five years now, and unfortunately it shows. The lyrics may be controversial, the guitars may be spiky, but, as Punk taught us, this kind of musical simplicity needs to be filled with enthusiasm to work, and here it wasn’t. San Diego’s naughty daughters had lost the audience by the time they left the stage.

Brooklyn’s Animal Collective, however, found themselves truly lost in their own music, dragging with them a relieved audience. The unpredictability of the band’s albums lends itself to an entertaining and interesting live show.

Appearing onstage as if Orbital and Mogwai have joined forces, Animal Collective dip in and out of convention as it suits them. Vocals, drums, synthesisers and guitars are interwoven as the format shifts from a lengthy soundscape ( comprising tracks such as ‘Cabinessence’ and ‘We Tigers’), to a crescendo of tribal chanting ( ‘Banshee Beat’), so effortlessly that the spectacle of four lads from New York jumping around like Red Indians seemed warmly familiar.

Still eerily ambient, the latter half of Animal Collective’s set – following one of few applause-filled breaks – introduced some of the band’s more structured ( folk) songs, like ‘Loch Raven’ featured on their recently released album ‘Feel’. These competent, home-grown tracks brought the earlier headiness into focus, somewhere between The Beach Boys and The Flaming Lips. With a sonic spirit of adventure akin to Aphex Twin, the band ventured back into the psychedelic to close the set, leaving the audience hypnotised into submission.

The diversity of styles and influences may come across on paper as ‘challenging’, but a night with Animal Collective is one that is effortlessly enjoyable and rewarding. 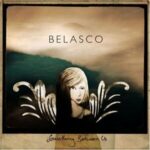 Belasco – Something Between Us 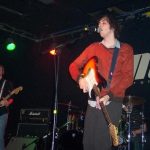