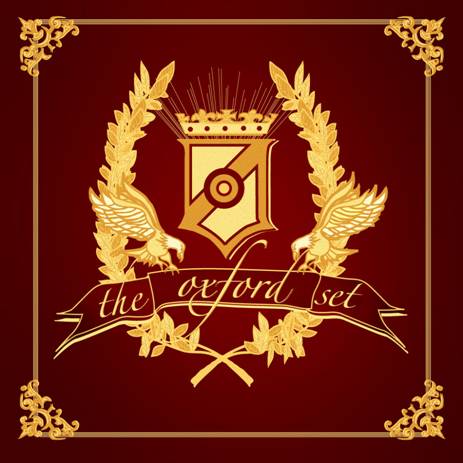 Coming from a city that takes it’s acronym from the sixth note of the musical scale, Los Angeles bred The Oxford Set pump out a retro rock and roll sound that shakes, pouts and stumbles it’s way out of the speakers.

They like to tease, with many an intro suggesting that things will be shy and retiring before dropping the contrived misdirection and cracking on with the business of rocking it sixties style.

The first three songs take this path and they’re alright songs that have all the brandings, export certificates and vaccinations required for international retro travel. The vocal frays at the edges, the bass makes a few runs and the guitars frizzle away with a combination of riffs, big chords and a bit of a solo.

It’s after these initial songs though, that things suddenly get a whole load better. ‘Standby’ is a bit different, and therefore worthy of a special mention, with it’s bouncy rhythm and great drumming. Following on it’s heels like an obedient dog, ‘Countdown’ is the best of the bunch with an even more creative rhythm and some genius bass guitar.

There’s time to show off some classical guitar ability before the final track, ‘Burning Question’, which ruffles up the clean delivery with some spiky guitar licks.

Written by Fenton on 4th January 2006