Collated by Oliver Grey, ‘Access One Step’ is a historical record, not so much of The Joiners Arms, but of the people that turned a dingy pub with sticky floors into something of a national treasure. Personal testimonies and anecdotes from musicians, promoters, former land-lords and local-heroes make up the majority of the chapters with notable contributions from Razorlight’s Andy Burrows, Delays’ Greg Gilbert, the infamous Pat the Doorman and our very own photographer, Mark Holloway.

What’s surprising, with so many contributions, is that each chapter flows together rather well. It doesn’t feel like you’re reading the thoughts of lots of different people because they all clearly share a love of the venue – whether it was during the jazz era, cover-band years or the next-big-thing period.

On top of the various eye-witness accounts, there’s a handy thirty-year listing of all the headline bands that played the venue, which supplies hours of fun for punters and musicians as they scan the listings to find out the exact date they saw Oasis, Green Day, Skunk Anansie or Toupe or indeed to see their own band listed amongst the pages!

The Joiners (as it’s now known without the ‘Arms’) may not have the instant rock and roll temple recognition as Liverpool’s Cavern Club – but the sheer number of bands that have stuck their arses to the clapped out sofas in the underground green-room before making it big surely puts it in the same league.

If you’ve ever felt that special-something seeping out of the walls of The Joiners, you’ll want this book. 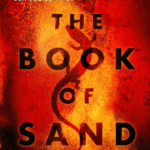 Theo Clare – The Book of Sand 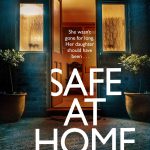 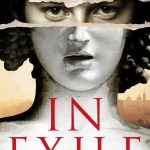