‘Out After Hours’ is the first to showcase Never Another’s sound, which is a cross between power-pop and indie. The chorus doesn’t quite lift-off, but the guitar riff in the intro and directly after the chorus is pleasant enough.

Second offering, ‘Long Distance Faller’, has a drum loop akin to Placebo’s ‘Pure Morning’, although the incredibly hooky riff and huge bass line are absent. The sheer length of the third track, ‘Romeo’s Dead’, combined with an absence of anything to break the song up, makes for a fairly tedious ending, which is a shame as the intro to this song does promise a fair bit. Perhaps a bit of cropping or something in the middle to add a little spice would sort things out.

Matt Payne’s vocal is the most positive component to this recording, bringing to mind Echo and the Bunnymen. There are also some great ideas that flourish for brief moments on the guitar and bass, but these seem to swiftly dissolve in the mix.

The problem Never Another have is that the drums, guitars, and bass have an incredibly plugged-in sound that strips them of their high and low ends, leaving a very thin-sounding record. This proves fairly disastrous when mixed with the slightly un-ambitious middle-of-the-road style of the songs.

Personally speaking, this band need to be a bit more adventurous with their song structures and try recording the instruments with a real speaker between the guitars and the recorder for that more realistic sound.

If they can nail the above then the sparks that light up momentarily in these three songs could become a more prominent feature. 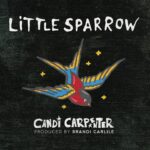 My Cousin Kate – Square One

Delta Rosa – Face on the Wall