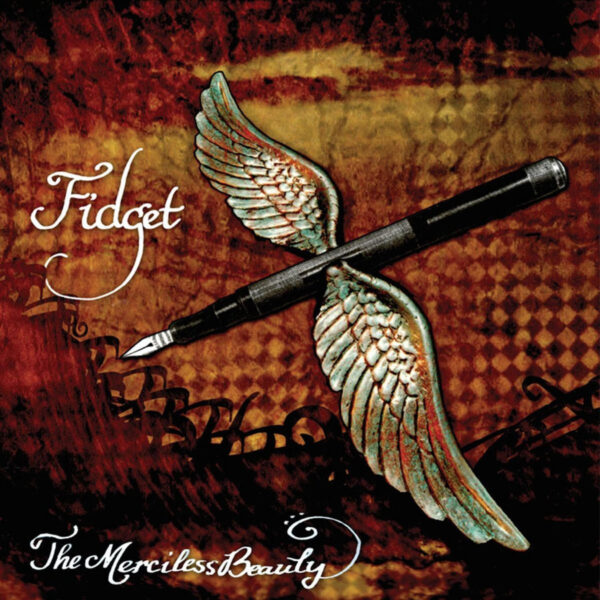 Fidget’s last album was released in nine countries outside of their native Germany and they are no strangers to big festival appearances either, with a slot at the Polish version of Woodstock and a place at the Rock Im Ring festival.

Their sound is big rock, with vocal duties shared out amongst Thomas and Darline, with the former barking out the lyrics with gut-clenching force and the latter spreading out the vox with a smothering of melodic charm. This double-vocal armoury isn’t quite used to full effect until the fourth song, where the ensuing duel transforms ‘Sri Lanka’ into an even better track.

The songs range from relatively heavy rock to a much more rested indie-rock, and often has elements of both in a song.

A good example of this combination is the opener ‘Distance’, which, after an ambient electronic and vocal prelude, gets cracking with a punchy riff and some tidy bass guitar work. Things vary from technical and restrained to full on noisy.

Strangely crossing Greenday with The Cure and looking rather like a baseball player caught between bases, ‘Better Than This’ does have good moments ( like the chorus), but fails to join them all together sensibly.

‘Mojo’ sets out with a sunny-orange brightness that makes the ears prick up. It’s not much like the other tracks on the record with it’s pop bounce and dust-kicking keyboards. Sections of the track hark back to the rocky gruffness that we’ve seen, but this simply enhances the freshest track on the record. With the chorus line of ‘I lost my Mojo in the City’, my suggestion would be that they hire Austin Powers to head into the metropolis on a rescue mission.

Combining the world of jangly with the world of crunchy, ‘Hear You Scream’ is started off with a really precise guitar section before the typically big chorus. There is a slight disjoint before the second chorus that is a little distracting in an otherwise excellent song.

However, ‘Anytime and Anywhere’ is undoubtedly the best track on the record with a great hooky riff, excellent drumming and simple, effective chorus.

There are plenty of well-above-average moments and even a few great bits, but the section that’s still itching my brain is the chorus of ‘Mojo’.

There is some effort invested in joining up some of the tracks with incidental music, gymnastic grunting and throbbing noise but the main work has been concentrated exactly where it should be – on great songs, with interesting music and good lyrics.

Fidget may be from Germany but don’t be expecting some old-fashioned regurgitation, it’s about as fresh as it gets.