Now it is not too often we do this, but the press release that accompanied this album was so absorbing and contained so many valid things to say about music in general that it would be a bit selfish to keep it to ourselves. Besides, it really wouldn’t be in the spirit of the album would it!? So for your thoughtful pleasure here it is, in it’s entirety:

I had been waiting in the studio lobby (and reading a stupid book) for at least half an hour. It wasn’t like Justin to be this late without calling. Hmmm. That’s when I noticed the voices outside. Through the crack of the door I saw the raging flames and 3 firemen running around with hoses. The building next door was on fire. I’d heard the sirens – but then you always hear sirens in this city. I jumped up and grabbed my bag, keys, phone and ran outside to get out. The flames were creeping over to my building. The heat instantly overwhelmed me and I kept fumbling, dropping my keys. I got in my car and tried to drive out of the lot. Trapped. Fire Engine blocking the driveway. My car was stuck. I left it in the lot and joined the 100 or so valley-ites watching. This was a big fire. The building had been used for cabinet making and painting – lots of chemicals. As I watched from across the street, it didn’t seem possible our building would make it. What would happen to our Record? Justin’s Studio? A year of work…

The building and our album survived. Justin finally got through the street barricades hours later and once the smoke cleared we had a look at what used to be a building next door. Funny the way things burn…

Our new album is entitled burn for many reasons. The fire was actually more of a confirmation than inspiration. This record was about burning before we ever recorded a track. The thing is we knew from the get-go that this album was going to be free. The insane state of the Music Industry was perhaps the biggest factor. Something called MP3 had taken off a few years back – and all of a sudden things just changed. For example, when we made Mano in 1999, we would sell albums faster than we could stock them. If a couple came to our show and liked it – they were likely to buy 2 copies – one for each of their cars. By the time we released LN&SWD in 2001 the music buying culture was already changing. Groups of friends would love the show and want to get a cd. Except they would buy one copy for the group and then say right in front of us: ‘I’ll just burn copies for my friends so they don’t have to spend the money’. We quickly realized that none of this was personal. People just didn’t see anything wrong with it. It just became the culture. When I was a kid I used to make ‘tapes’. Why should I be surprised that people burn cds? So we watched the industry struggle and fight. We watched the fall of Napster and then the rise of 3 Neo-Napsters. We watched Metallica take a well intended disastrous stand. We watched the labels sue customers out of pure desperation. And we started using iTunes and iPods. We bought firewire drives and put our music libraries on them. And where are the labels now? Well… There are fewer of them. And they can’t seem to make any real money. They still don’t seem to ‘get’ what most of us already know: change is not only here – it’s here for good. Don’t get us wrong, we’re not shunning them (labels). Rather, we’ve been taking a time out from them and waiting for them to get it together. So in the meantime – we made our own record and decided to have some fun with it. We threw all the rules out the window. We decided we wanted to make 3000 copies and NOT sell them. Huh? No, we’re not stupid. Here’s the math. On our last record deal, guess how much money we made from album sales? ZERO! You see with labels, you’re always working off debt. All that money the label spends on you is actually your money. Your record sales pay them back. It’s basically a loan. So we’re already used to not making money on cds. We created our own unique packaging system to cut cost and be able to produce more actual cds (the packaging is what drives the costs of cds up). So basically – we got rid of the whole jewel case thing. We figured since you’re not paying for the cd, you wouldn’t mind getting your own stupid jewel case. Besides, maybe you don’t use jewel cases anymore? Maybe you use CD wallets. Or maybe you just download music into your MP3 player? We did some fun things like make multiple covers that YOU could choose and interact with. But why do all this? Look, it’s simple. As an Independent band, we can do anything majors can – Record, Manufacture, even Distribute. The internet is the little guy’s friend. The one place they still have the advantage, though, is getting the word out: Marketing, Radio, Publicity. These things exist to create a public awareness of a band or artist. If people don’t know you exist – they don’t know they want to listen to you. So we’re trying a little experiment. We trade you the cd and instead of Money you give us something else. All we’re asking is that you burn 3 copies of the cd for 3 friends and tell them to do the same. BURN IT FORWARD. We want this record to get into the hands of the people we don’t have the resources to reach. We want them to become aware of our music because we have a strong urge to get it out there and we believe in it. (OK, maybe we’re kinda like drug dealers – 1st one’s free, we get you hooked and then we jack up the price on the next hit… Music never hurt anyone, though [Ozzy’s suicide solution aside] and so our conscious is clear). If you listen to this record and like it – then take ownership of it. We believe that you, as listeners, as consumers, have the only true power. So we’re putting our music in your hands. Sharing is Caring! We used brown paper lunch bags and ziplock bags to inspire nostalgia for the times when you used to brown bag it to school and trade with your friends, split your twinkies. This is the same thing – share this band if you believe in us. Someday we’ll all look back and you’ll know you were a part of the story. Maybe you ARE the story. Without you, what’s the point? So do your part. It’s really not a bad deal.

But first you have to like the album. If you listen and don’t like our music – then don’t do us any favors. If you do like it – then you know what to do. Burn is a very focused album exploring the yin and yang of love. The songs explore the Burning desire of love or getting Burned by someone you love and everything in between. It’s a love album. It works really well with fire. For example, if you’re feeling romantic, try tracks 3 and 6 and light a candle. If you’re psycho ex won’t leave you alone, try track 9 and light them (or their letters) on fire. It’s Fun! There’s even a track on the album with you in it! We recorded our fans before and after shows and put you in the album. Burn isn’t The Red’s new album. Burn is everyone’s album. Copy, distribute – it’s all fair game as long as you don’t try to profit from it.

That day in the studio, I remember watching the fire swallow up a building and I was struck by a few things. 1, fire is scary but beautiful. 2, fire moves fast. Very fast. 3, fire is powerful and almost unstoppable. We’ve given you plenty of fuel. It’s our new album, burn. You’re the fire. You have more power than you know. 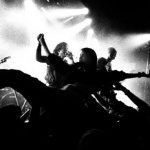 Hell is for Heroes – Live (An Emergency / The Once Over Twice) 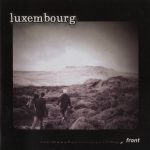