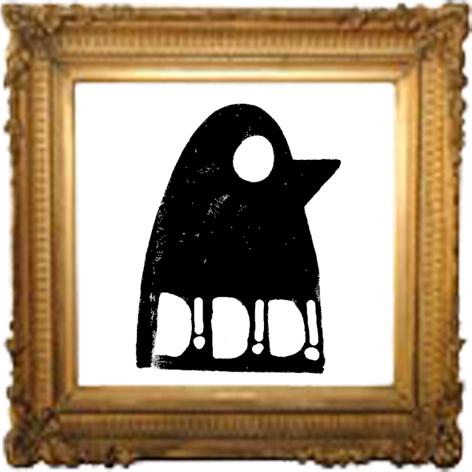 Dead!Dead!Dead! are back with their second EP and in keeping with their trademark arty / dark / pop approach, every track’s a corker. So enthralling is their vast sound and original style, that it’s a challenge concentrating on anything else while you’re listening to them.

First song, the superlatively titled ‘Mightiest Melodrama of Them All’ opens with a quirky Grease-like bassline and characteristic growl from Neil; reassuring us that the band are still very much on form. The vocals take on a tangibly emotional quality that even Libertines Pete and Carl couldn’t have pulled off, as Matt’s plaintive pondering weaves in with Neil’s insistent demands and they wonder ‘how much smaller can life become?’

Live favourite, ‘Jack the Ripper (with a Spanish twist)’ perfectly combines the voices-in-your-head of good and evil, has a great pounding bass and a twiddly guitar-fest of an opening. The final slower track ‘Colours 123’ melts in like the RHCP’s ‘Porcelain’ and peaks after about three minutes – just as you think they’re going to bow out gracefully.

Dead!Dead!Dead! love to snub convention and are the only band I know that can get away with making cooing chicken noises and going ‘oom-pah-pah’ in their songs! They provide links to many reviews from their website, not just the favourable ones. Perhaps it’s no surprise then that on this EP we come across the candid musings ‘We will find fortune and fame’, ‘What if we don’t?’, and ‘We’ve only got ourselves to blame’.

Are the band anxious that they haven’t made it to the big time yet or are they quietly confident of their fate? Who knows. But what we do know is that, for the meantime, we get to keep them to ourselves, so catch them at a local venue while you still can!

Scurge - Cat With The 45 Calibre Claw