Like a more chilled-out The Rakes, Portsmouth based four-piece The Ridgeway opened the night with a tight and varied mix of melodic rock songs. Confidently possessing the stage, they embodied the stylish rock-star persona and musically came across as really nice – to the extent that even their angry songs sounded just mildly peeved.

‘Hold Your Tongue’ was hectic and fast with drums so loud they must have been doubled-skinned and ‘She’s My Girl’ was still fairly full-on but with romantic Beatles-esque lyrics. This led into a new song with a slower, summery feel that began with the light tapping of cymbals, evolved into a Zutons style toe-tapping chorus, and culminated in ambitious four-way acoustic vocals à la Futureheads.

‘The King is Dead’ was the highlight of the following three songs which all had a Radiohead ambience to them with guitars that built gradually into intense instrumental crescendos. Apart from stopping to tune up between songs, and perhaps not ending on the most appropriate choice of final song – ‘Waste the Day’, The Ridgeway are up there with the best of the bands I’ve seen open at The Joiners.

Punk rock band, Mach Schau, have only been gigging around Southampton and Winchester since the end of last year, but the five-piece have supported some big names and have a fairly large following (and not just groupies). The lead singer, obviously a character and obviously wasted, was overheard complaining of tonsillitis in the girl’s toilets before he bounded on stage – shouting ‘Let’s have it!’ to loud cheers. Triumphing over illness, this band clearly love a challenge, so perhaps they actually asked The Joiners to play hot property Arctic Monkey’s forthcoming album while they set up? Either way, it did them no harm and they followed it well.

From what I could hear, the lyrics were a lot softer than the crashing guitars and manic drums that accompanied them. The set got better as it progressed, and you could pick out more of the melodies and lyrics. ‘Shoot The Blues’ stood out as it had a mid-90s catchy, indie-feel to it and finally, three songs in the singer’s voice came through audibly tuneful and clear.

After this, the set got progressively louder and more energetic: ‘Self Control’ was short and shouty with a brief dancy bit in the middle, and ‘She Said’ just cried out for some crowd surfing. Picking the excellent ‘Vicious Circles’ to finish with they had the crowd in the palm of their hand and I expect they’ll go from strength to strength.

For someone with tonsils the size of golf balls, the lead singer certainly performed well, only losing it a bit towards the end in the penultimate song. Never fear though, he simply launched himself into the crowd for a quick mosh and when he got back on the mic he was rejuvenated with his voice was revived. Even with his pipes not on full power, this man has a confident swagger and agile gymnastic abilities, so Mach Schau need to progress to bigger venues as soon as possible to allow him room to go crazy. 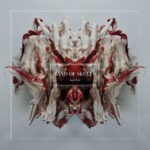 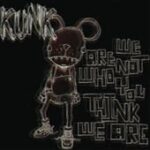