With song titles such as ‘Born to Lose’ and ‘Kill Us All’, my expectation of the ominously named Mister Doom was, as you would expect, an incredibly hardcore metal sound with visceral vocals and shredded guitars. In fact, I’d already found my comfort-blanket and turned on all the lights before I even opened up the Demonstrata CD case.

The first torn-up guitar riff kicked in and the drums got down to business, but then the surprises started to turn up. The first is the melodic-rock vocal, which harks back to the early nineties American rock bands that made brief excursions into the UK top 40 before deciding not to pop over the pond for a tour (and subsequently faded into obscurity).

This strange, discordant vocal actually works rather well (surprise number two) and leads ‘Born to Lose’ towards surprise number three – an off-kilter break down with smoky atmospheric drumming, subtle bass guitar, and whispered vocals. After all this, the track kicks back into action with some of the angsty screaming I had expected in the first place.

‘Into My Hands’ starts out with a great guitar and bass interaction, which is a little ruined by a weird effect that makes the vocal sound like a John Lennon impersonation. However, the effect is soon dropped and things get back on track for another good effort. The bass then leads the way into the best track on the record, ‘Kill Us All’. Intelligent guitars and a strong vocal all add to the overall quality of this track, which ends the record on a high note.

This is an unpredictable set of songs that explores tangents and ranges from metal to rock and maybe a bit beyond. Confidently straddling the fence between hardcore and general appeal rock, this is an interesting listen for sure.

iLiKETRAiNS - Before The Curtains Close (Part 1 and 2) 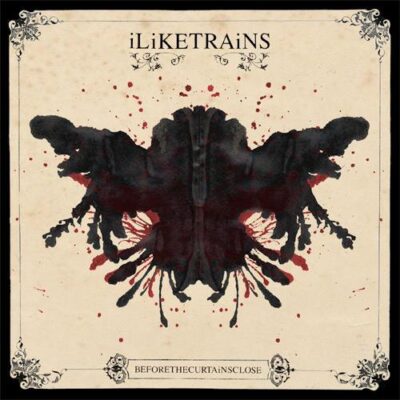 The Warm - See the Sun