Razorblade Reverse were up first and, compared to the rest of the bill, played a somewhat heavier style than might have been expected. Recognising that this wasn’t their target audience, their self-depreciating sense of humour in introducing their ‘heavier, faster’ number belied a good performance with some well structured songs.

They certainly kept the four man mosh pit entertained, at times appearing to be the soundtrack to a Baz Luhrmann musical with the intricate spins, dives, kicks and mock fighting from the rioting participants.

Deadlight Swimmers took to the stage with a driving force reminiscent of the Archie Bronson Outfit, strong marching basslines and solid drumming dominating the first two songs in the set. By the third a less controlled side to them appeared, perhaps influenced by the interchanging vocalists.

Introducing an edge of Sonic Youth style meandering mixed with a hint of the Boo Radleys, songs like ‘Hard to Breathe’ and ‘The Royalist’ suggested a revival in the fortunes of shoe-gazing. Finishing with a quick in your face chorus of ‘I wanna be your dog’ put paid to that idea, with a no nonsense barrage of feedback to put the point across.

In a night of contrasts, Russell Edmonds and his band provided a warmer sound with their upbeat melodic approach. Russell’s distinctive vocal style and down to earth frontman approach makes him a natural focus of attention but this was very much a band performance. Starting up with ‘Inside my Mind’ and quickly following it up with ‘Still Waiting’, the band locked into a groove which transmitted itself to tapping heads and feet around the room.

The faster tempo tracks came across best and a particular favourite was ‘Funny Old World’ with its nod to the observational English style of the Kinks. They may quip that it’s going to be ok to play a new song and maybe mess it up ‘cos it’s not like the NME’s gonna be watching’ but you have to wonder how long that’s going to be the case. Not that it would put them off taking that kind of risk – some great rock ‘n’ roll indeed.

If I ever get to have one of those Room 101 chats with Paul Merton, my first selection would be people who think that live music is best spoken over rather than listened to. So when Greenspace’s gentle intro was drowned out by chatter I began to contemplate what to put in my application to the show. Fortunately as the volume from the guitars increased, the chatter died away as the audience became enthralled with the sound of the jet stream that was rushing around us. By the mid point of new single ‘Nothing lost’ even the bar staff were admonishing each other for chinking the glasses they were stacking. Magic!

Singer Hazel’s voice contrasted well with the soft/loud dynamics of the band, gently drawing you into the instrumental sections then snapping you out of the hypnotic thoughts it created. The music was just beautiful and forty minutes seemed like five as all sense of time disappeared.

An enchanting end to the evening.

Written by Maidment on 2nd March 2006

The Delilahs - This Is It 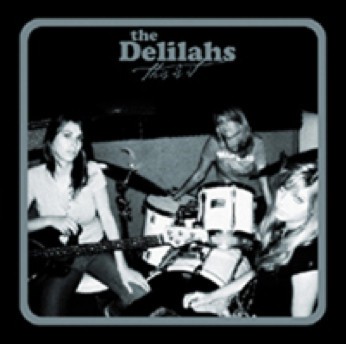