When The Delilahs sent in their new single for a review, we decided that we’d cut something in order to give them a couple of columns (groan)! Poor biblical-reference jokes aside, The Delilahs are actually a three-girl Swiss band that have been compared to Blondie, Elastica, and The Pretenders.

With this in mind, it’s less surprising that the track feels so British with the chorus coming straight from the USA – and we’re not just talking about the references above, although they are definitely an indication of this songs direction. The vocal is Pearl Lowe mixed with Chrissie Hinde and the bass is undeniably Annie Holland.

The lyrics are disarmingly naive in the verse, becoming slightly saucy in their sexy delivery in the chorus with lot’s of ‘uh’s and ‘yeah’s appearing between the ‘This Is It’ hook line. Things get downright suggestive towards the end of the track, although the ‘going down’ lyric does seem to refer to going to prison (but I can dream).

This single is a keeper! 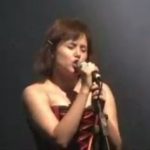