Before putting the Karalta album into my CD player I took a quick look at the sleeve and the artwork displayed on the front cover and I have to admit for an unsigned band it all looks very professional. On the inside is a selection of pictures of the band playing live and the added lyrics to the songs are a nice touch. But let’s not get carried away, we’re here to listen to the album, not place it on our mantel piece.

Karalta include Incubus as one of their influences and after listening to Echo maybe the band should sway away from labelling their obvious influences. On more than one occasion the Incubus influence springs to mind, though saying that… at least it’s the better side of Incubus.

After moving away from who Karalta sound like it’s clear that these songs are constructed well and, with some nice guitar work, the album flows nicely. The mix of what Karalta call ‘jazz-metal’ works well in each song and the more mellow tracks are placed in-between the heavier tunes with a lot of thought. But herein lies the problem as Karalta sound like a band still yet to find their feet.

The mix of influences have yet to blend together to form their own sound and the small connections seem to jump out at you even if you would rather not compare them to the bands they like. That said, Karalta wouldn’t look or sound out of place on a smaller stage at Reading and after listening to this album, its heavy nature would defiantly sound better with the live effect of heavy distortion.

A good listen, but to stand out from the crowd Karalta will need to develop more of an individual sound.

Hayze - In The Box Seat LP 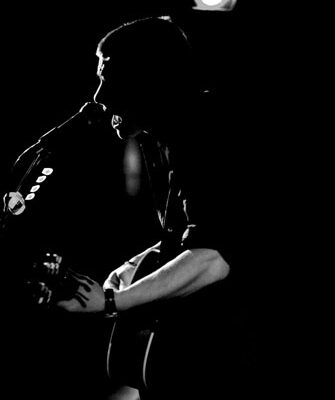