The Hundred Handed
Our Dead Language

London based, but hailing from all four corners of the UK, The Hundred Handed first shot to prominence on Small-town America’s excellent PUBLIC SERVICE ANNOUNCEMENTS series. Since then a series of EPs and a hard slog of gigging has turned these five indie warriors into a snarling, rock ‘n’ roll machine for the 21st century.

First the obvious part… Yes, on first listen there’s a bit of all sorts happening here; grinding riffs, yelping vocals, and the sort of off-kilter arrangements that bring to mind PJ Harvey, Screaming Trees, and even the taut energy of Television. Its only on closer inspection though, that you notice how cleverly the colours are running together on the page to reach corners that, up to now, had just been an empty spot on the landscape.

The politically charged rocker ’51st State’ in particular sets an impressive watermark for the rest of the album to reach. Its testament then to the band’s song writing powers that they frequently manage to reach, if not better it. The Beefheart shanties of ‘Arise Infidel, ARISE’ grab any wavering ears and nail them right back to the speakers.

The choral samples that open ‘Sebastopol’ sets an almost Mogwai tone, with chiming guitars gently unfolding themselves into a comfy chair. This changes somewhat as the guitars on final track ‘Lead With The Left’ get into a fight with themselves before resolving their differences and gently fading out to a blissful climax.

While the recording quality isn’t pristine, the energy and scope of the ideas on show here point towards an exciting 2006 for the band. Further gigging and writing should see the next album from the Hundred Handed moving them into ‘next big thing’ territory in the UK rock. 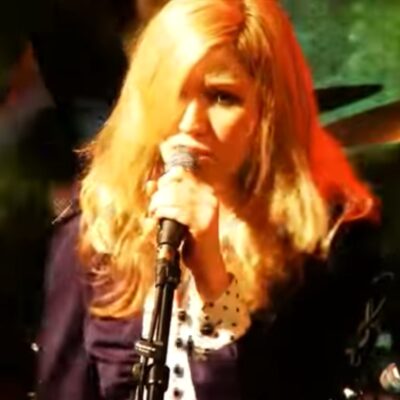