Headlining one of the seemingly infinite singer/songwriter nights that have cropped up in Glasgow of late, Acoustic Love Experience bounded onto stage with a cheeriness that looked on course to uplift the melancholic mood left hanging in the air by the evening’s entertainment so far.

Opener ‘3rd Rock’ set the scene of the band immediately. Some rather pleasant guitar strumming and tasteful percussion were merely the backdrop to the harmonies displayed by the three members of the band. Within the first minute, the interweaving and melodic jostling set the band apart from many of their contemporaries, as a grasp of what made many of the 1960’s bands great shone through easily.

Although the vocals will be the main stand out for many listeners, it must also be said that a lot of the key changes and chord progressions were dramatic and came across very well. With a mix of melodic guitar play and soaring vocals, there is no doubt that Acoustic Love Experience are three very talented girls, you just wonder if there are enough lovers of this style of music these days.

A set highlight was ‘Campfire Song’ which was probably the most overly Crosby, Stills and Nash like tune throughout the evening. With light guitar picking flowing easily with beautiful 3 way harmonies, the song was a joy to the very end.

Even in the set’s more melancholic moments, the latter half of the show featured some songs that weren’t all sweetness and light. The girls showcased a variety in their song writing but not any dip in quality, with even the handclaps coming across well.

Unless you’re a listener who demands music which sounds like Aphex Twin or Norwegian Death Metal, there are unlikely to be many harsh critics of an act who seem to be enjoying themselves as they played their songs to a small crowd lapping them up eagerly. The only hope is that there are enough interested people to keep the band driven. 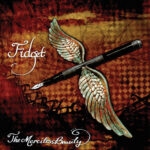 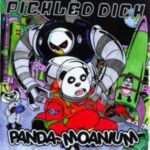