The debut release from Brighton’s new Brighton Electrical label sees snotty punk kids Elle Milano unleash their own take on quite what life is all about for these young suburban types these days.

The wonderfully named ‘Swearing’s for Art Students’ kicks off this EP with a whip of icy guitars snaking through the track, leading us towards unruly outbursts of snotty guitar and yelped choruses. It’s a shame that the template established in the opening song from this EP is never strayed too far from.

Clean guitar lines provide backing in the verses over which the four young scamps shout and scream and intone in their horrendous cockney voices that we should ‘believe our own hype, always’ and that they’re ‘sorry for being so middle class.’

And so the pattern continues though ‘Men Are Bastards’ (sad but true) and ‘Amphetamine Skyrockets’ on a one track street of plodding bass and guitars given only the slightest trace of life by an overdose of red bull somewhere along the way.

Ultimately there is nothing that stops this ( slightly jaded) brand of arch, high camp, brat punk from being an enjoyable thing – Art Brut, for one, have made this one trick last long past its sell by date to continued acclaim and huge live followings. The problem here is that nowhere do you feel the band are conveying anything other than a desire to make noise for the sake of it. While the trend for compositional ineptitude is often these days forgiven in light of its ‘artistic purity’, nothing here would make the cut – even on a Paddington’s record.

With a singer that doesn’t sound like a market trader at closing time and even one more compositional idea, Elle Milano may start to be able to make their own mark in the splash pool of this whole grot ‘n’ roll scene. Until that point however they may be the only one believing their own hype.

A Panegyric to Syd Barrett 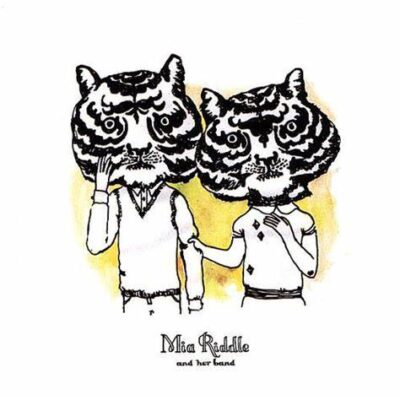