There is an interesting school of thought doing the rounds at the minute that somehow attention to detail is for nerds and Sandi Thom. (Christ even the mention of the name brings me out in a sweat and not in a good way.) Somehow, ever since this whole Doherty led snot-rock fiasco reared its ugly head there has been a notion that sloppy musicianship and poorly recorded tracks somehow indicated an artistic purity and a certain level of independence.

For me though this argument is fundamentally flawed. ‘Satisfaction’, Paranoid’, fuck it ‘Let’s Get It On’, were recorded with the bare minimum in studio trickery and gear and somehow these hastily recorded songs have become almost hymnal in their ubiquity. To me, especially when I think of the advances in studio recording and the quality available to (even bedroom) recording musicians, this record is a horribly recorded piece of work.

Out of tune guitar tones bleed all over murky mixes where drums hardly raise their head. The vocals sound as though they have been sung into a sock and in general the whole demo sounds thrown together in an hour and a half, including fag break and toilet stop.

Of course to nitpick about a bands recording credentials is one thing and could be excused by some killer songs lurking underneath the sonic sludge. These, of course, are the kind of songs that have real class – the ones that can be recorded in a phone box and still sound like classic songs. Sadly, the song writing is under informed, arrangements too derivative and ultimately topped with some very hackneyed lyrics.

Opener ‘Iron Dream’ aims for Primal Scream (in deep-fried stones mode) but ends up plodding along as pub-rock riff and it ends after hardly registering that it was happening. Further trendy chops lead the way across the other songs on this disc with ‘One’, while closing track, ‘I’m Nothing’, the only track that offers a flicker of light to this darkest of reviews.

To write a band off so early in their career is churlish and, as we know, Journalism is often the last refuge of bitter failed musician and it is with hope for the future that I offer the following advice to Lax – take it easy.

Everything about this record sounds rushed from the writing to the arrangement to the final mixes. With some time and care taken in the song writing stages, neat twists and turns will naturally develop as the band learns more about each other. Soon the arrangements and the song structures will start to develop a life of their own and will lift the writing within the band without them even trying.

When it comes to recording, don’t try and rush through as many songs as your cash affords. This reviewer for one would certainly rather hear one track that has been thought out and is made up of carefully recorded tracks, with care taken in the mix to ensure that every aspect of the song is represented to the listener, rather than four that sound like a fight in a biscuit tin.

With a bit of time guys you might be onto something. Please – Make like the Cadburys Caramel bunny and relax, take it nice and slow and enjoy… 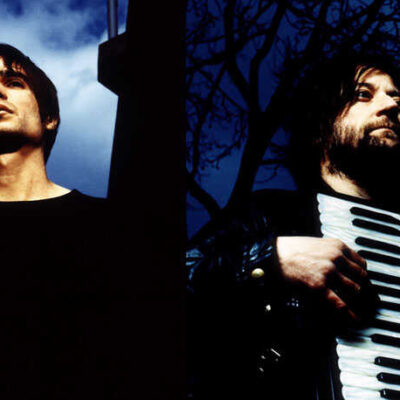