What a shame I’ve been a total slacker in regards to reviewing Chin Music’s EP. I could line up all kinds of excuses as to why this CD got all lost in my house and I’ve only just found it, but instead I’ll just leave it at that. It got lost, but now I’m listening to it, and by golly am I glad the Borrowers didn’t ‘borrow’ (aka ‘steal’) this little gem.

You see I’m a bit of a metal-head at heart, and as a result I’m not into the whole emo scene. Each to their own and all that, but it just does nothing for me. The few exceptions are usually bands that take the prog aspects of emo and mix it together with some good old-fashioned rock and roll heaviness. Why am I banging on about this? Because this CD fits into this category. Duh!

There are catchy vocal hooks supported by the singer’s ( more often than not) powerful Reuben-esque voice and unpredictable arrangements that leave you unable to identify a simple song structure. This, my friends, is a good thing, such as in Tool, Opeth, or Mew songs. These songs drag you in trawl you around for a bit. There is one vital aspect that I haven’t mentioned yet, but fear not, I will in the next paragraph.

It’s the production, my friends. The vocals are arranged and layered in such a way that we can appreciate the singer’s skill and also forget that there is only one singer. The guitars are also expertly balanced, weaving in and out of the forefront of the mix in perfect time to the meticulously crafted sections. It may sound like I know these guys personally, but I don’t. I really don’t.

If only everything that I found down the back of the sofa was this good. Unfortunately the press release is gone forever (where, I do not know), so all I can tell you is ‘Chin Music’. There are five awesome tracks here, and I hope you can all check it out. I also hope my editor can fill you in on the details!

The Pedestrians - Live (The Dastardlys / The Jaks) 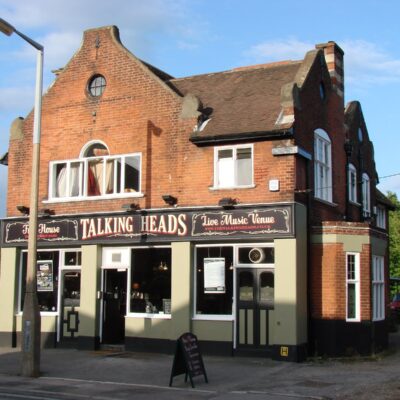