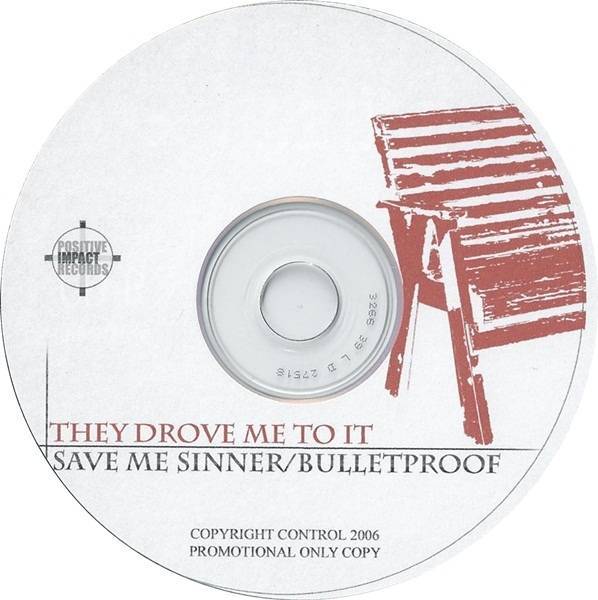 They Drove Me To It
Save Me Sinner/Bulletproof

Two very contrasting songs; ‘Save Me Sinner’ is built on a rather unimaginative guitar structure. It’s all guitar-shop journeys up and down the fretboard, and Kelly B’s vocal couldn’t be more Debbie Harry if she broke up with Chris Stein and formed a side project called the Jazz Passengers – but some quirky little rifflets get thrown in towards the end of the song and take it in another direction, giving a hint of something a bit more original.

‘Bulletproof’ hardly sounds like the same band. It reveals Kelly as a singer of real warmth and character on a power ( ish) ballad that provokes thoughts of Natalie Imbruglia (if she’d done anything worthwhile since ‘Torn’) at first. The simple melody and hypnotic tenderness of the vocal seems easy to do, but very hard to do well. Sophie B Hawkins used to be pretty good at it. This is in that league; it would sit just as well on XFM or Radio 2, which is a compliment in case you’re wondering.

A disc of two halves all right. Being generous, let’s say five out of ten for ‘Save Me Sinner’, and being perhaps slightly conservative, seven for ‘Bulletproof’, which makes six.

Who said these marks weren’t rational?

Written by McLaughlin on 19th October 2006