The 21st century has brought some amazing experimental music to our ears. Nine Inch Nails are a perfect example of this as they mix up their industrial sound to send listeners into a realm of fantasy. Similarly, Twentysixfeet are doing what any ‘artist’ would do, they are finding out just how far they can go to get the best out of their music.

‘Seven Stone Cyst’ starts off like the soundtrack to a late-night horror film. Gradually, as the song builds up, guitar riffs are brought into the picture as though Twentysixfeet have asked Korn for a loan of their creative and genius sounds. This song really does have something wonderful to offer at its best.

The first 10 seconds of ‘A Pocket Full of Poses’ are packed full of lyrics. More experimental moments are offered and we love it because we’re intrigued by what will happen next and where the song is going to take us. Although very short, the use of sounds and lyrics brings the song together like a missing piece from a jigsaw, filling us in on the direction of the band’s musical talent.

I’m curious as to what the next song title means… ‘Swans and Cholera’, can swans even catch cholera? To be honest, I don’t really know, but the music fits smoothly around the lyrics like a mixed cover song between Muse and The Mars Volta. The more spaced out it is, the better effect it has on its audience, eventually growing on you like a fungus that will not disappear.

‘You’re Too Cold’ proves that Twentysixfeet do deserve a shot at the big time. The band entices their listeners by using a creative side they never knew existed. In many respects this is what brings out the best in an artist; to go all out and make such a good song with dedication and commitment, entirely based on using the weird and wonderful world of their musical influences. It’s a slow song that gradually builds up tension and then lets it all come out, like after having ten beers and a curry.

Slow beats and a little drum banging brings ‘All Things Fall Apart’ together nicely. The lyrics are laid out for all the listeners to hear as Twentysixfeet keeps the intensity building up ready for an all-out finisher for the song.

‘Memory Is Everything’ is the last track on Twentysixfeet’s EP. This song is very similar to the rest but on a positive note, it does deliver in a truly overwhelming way. You can tell that Twentysixfeet have definitely used their musical influences and put them to the ultimate test of that complex question ‘Just how far can you go to get the best out of your music?’. Twentysixfeet have proved that no matter how hard you try, the results will shine through. 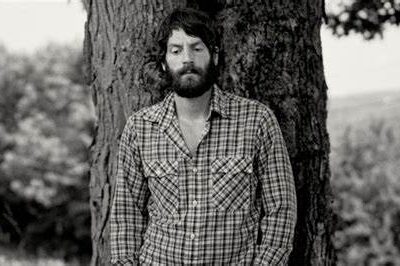