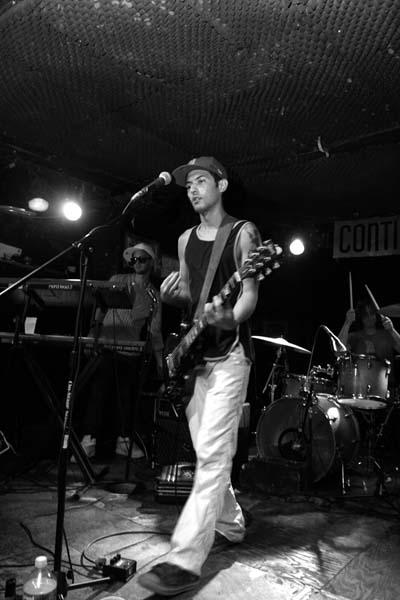 The one factor that made me listen up when I put on this record was the slick vocal that permeates the first track, ‘Runner’. Peter Toh may be from Brooklyn, but his voice resides somewhere altogether more relaxed and airy.

Once you’ve settled in to the great vocal, you’re treated to a guitar lead, but trumpet-punctuated, song that updates the brat-pack by a good 50 years or so. It’s indie with a touch of world pop about it and it’s got a great urban feel.

‘Sweaty Night’ is a similar idea, but with the indie aspect displaced by an old-school reggae sound. The brass instruments make a more prominent impact on this song, drifting their counter-melody amongst the parts of the track that have a vocal.

Peter Toh has fluently adapted his ideas to suit two quite different tracks, leaving an undeniable fingerprint throughout the songs.