Charles lives on the black planet, a place where plague machines terrorize citizens with swarms of locusts and rivers of blood, salesmen sell sleep in the form of brain implants, and God appears on the television every night to warn of the upcoming apocalypse. When Charles meets Leda, a woman who claims to have escaped from hell, he begins to suspect that the black planet is not at all what it appears to be. After Leda disappears, Charles sets out to find her with help from his stripper ex-girlfriend, the deadhead Jeanine. Along the way he will uncover the truth of the origins of the black planet, and discover the source of the mysterious voice that calls to Leda from the ocean waves. (Synopsis)

The striking thing about Crooked God Machine is its style. It is unlike other books. The alternate dystopian universe presented in this book is rendered believable by the equally unhooked writing. The characters think differently to those of us on planet Earth; their circumstances demand it.

Strange monsters lurk in the marshes, machines roam the land, hell is place you can escape from, and people willingly switch off their brains using implants that turn them into zombie-like walking billboards. Despite these maniacal devices, the book talks back to us in the real world. People being ushered onto mysterious busses, or paying no attention to those around them, or being sucked into strange religious practices… it’s not all as crazy as it sounds.

Charles is an odd anti-hero and the characters that surround him are equally jaded by this strange apocalyptic society that they inhabit. You may not love the characters as you might in a slice of popular fiction – but they are believable in a story that would be wrecked by a traditional all-out champion. The narrative is full of grit and the people are broken. Every one of them. Few authors have the courage to do this.

It takes one or two chapters to immerse yourself in Christian’s shattered world, but this is made easy by the peculiar and raw tone of the book. Once you’ve entered the black planet, it’s a non-stop race to the end. 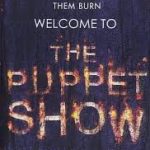 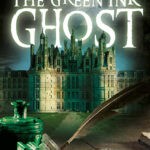 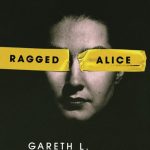