Black Top Phoenix are a retro-rock outfit who are poised to both release their debut single and head out on tour across the UK with Not Katies.

Recorded live, this demo captures some of the rawness and energy that studios often suck out of a band. ‘Overblown’ is a lively track with minimal guitars during the verse. The singer’s interpretation of the song is emotional and gritty. and the hooks are mostly found within the vocal melodies, although the music also contains something to remember.

‘Comatose’ sounds like a twisted corruption of Marc Bolan with T-Rex style riffs and old fashioned rock and roll drumming. The demo gathers bulk as it travels and the third and final song ‘Circle of the Sun’ is really solid. It has a slap bass intro and arid vocals to which drums and finally guitars are added as the song gains momentum.

If this demo is an indication of things to come, and if Black Top Phoenix manage to capture the same dynamics in a studio recording, they will certainly sell a few singles! 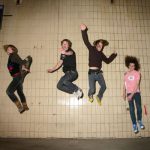 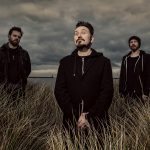 Delta Rosa – Face on the Wall