With a self-admitted tribute to brit-pop, Darling is the creation of Jarvis Cocker / David Bowie style vocalist, Ty LaRue Brubaker. Written Beatles-style, with a collection of instrumentalism and audio patchworks to squeeze in between collections of distinctly influenced material.

‘Del Mar’ starts with a mandolin intro that gets shoved bodily aside by crunchy guitars and ambient synth. The instant hit is the lazy vocal style that winks at the arrogant superiority of so many britpop bands.

Track 6 offers us ‘Darling. You are my Pop Song’, which starts with an A-Ha style drum beat and distant vocals. As the song progresses it sounds more and more like a Pulp song with it’s drooling lyrics. The breaks in the song take us back to the former 80s style, which is a bit of a shame considering the strength of the chorus.

‘Nothing to Impart. Save for Smiles and Bruises’ is a sparkly song with an emotional undercurrent. The double vocal, with the same voice throwing in both deep and high spoken parts creates a sound akin to Placebo/Bowie collaborations, especially with the wire-sound coming from the guitars.

‘Bathing in Your Bathwater’ could easily have featured on ‘Different Class’, especially with the breathy vocals and, after such a compliment, it seems a bit of a shame to bring up some negative points for discussion.

The first problem is with the instrumental tracks on the record. It’s not that they are bad, in fact ‘Interlude A’ is a great track; the problem is they all miss out on the single biggest talent on disk, the vocal. It’s all very well squeezing mandolins, accordions, and myriad instruments in to the sixty minutes of music on the album, but when your voice is such a big deal, most people will be lost in the melody and lyrics of your songs. It’s a bit cruel to deprive them of it.

The other downside to the record is the drum machine. Just as you feel yourself being immersed in the music, the fakery of the rhythm distracts you from your journey back in time. Great songs such as ‘Del Mar’ and ‘Bathing in Your Bathwater’ lose their edge over this minor detail.

If only these points could be changed, ‘You Get So Alone at Times That it Just Makes Sense’, named after a book by Charles Bukowski, would be an incredible recording. 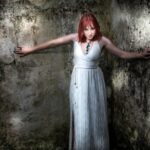 Anna Neale – Can You Read Me EP 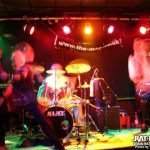