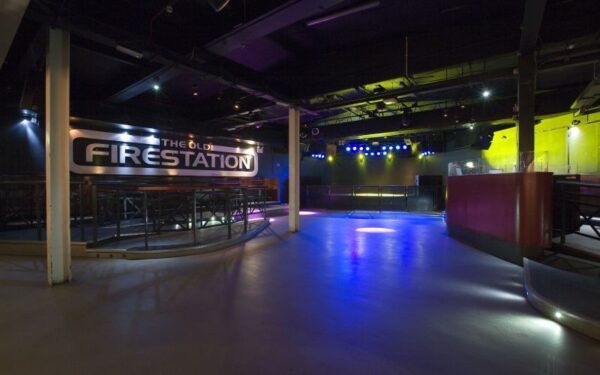 Bournemouth’s Old Firestation was the host for this second round Emergenza heat, leaving tonight’s winners with just one more round to navigate before reaching the London Astoria.

First band up, Monotype, started the night off at an incredibly high standard, impressing the sizeable crowd with their Papa Roach-esque metal that had moments of Smashing Pumpkins in the riffs.

The drumming was a real freight train, simple when necessary and incredibly complicated when a big fill was needed. The vocals managed to deliver lots of anger without resorting to screaming and if the guitar and bass had put in the same level of performance as the drums and vocals – this band would really be the finished product. Monotype seriously deserved to go through to the next round, which is probably why they did!

The Shrouds were second on and, despite the complete absence of movement and the flavour-of-the-month indie-pop sound, they managed a place in the next round as well. The songs themselves were the kind of pleasant but forgettable British indie that is currently appearing in the top 40 and they played it really well. Therefore, if you are a fan of the genre, you can’t help but like The Shrouds with their antique military jackets and floppy haired image. If they were to add in some of the hooks their idols offer and do something just a little bit edgier, they would be a much better band.

Describing themselves as Alternative Rock, Lostaura were third up. A three-guitar wall of noise sound left most of the creative ideas to the lead guitar, which weaved around the other instruments in each song. The strong points in their set appeared in the form of atmospheric musical breaks, which, at points, were stunning. There was even a bit of a U2 moment with spangly guitars, which probably questions their use of the word Alternative. However, it doesn’t matter what you call it, the Lostaura set was pleasing on the ears and earned them a place in the next round.

Sirpico were an indie/rock band reminiscent of Train. Playing the kind of music that tends to do well in chewing-gum adverts, their bouncy style benefited from each instrument doing just enough without intruding on anything else. The medium pace of the set is something of a rarity these days, but Sirpico pulled it off rather well. Unfortunately they didn’t make it to the next round, but they have no reason to hang their heads, having won over a bunch of new fans with their performance.

With a dirty groove sound that nods towards bands such as Love Hate and enough energy to put Powergen out of business, Mr Fungus make even the craziest bands look simply tame. The songs are based on massive riffs and no matter what direction the track takes, it always comes back to the driving force of that riff, which is accompanied by the kind of thrusting and sweating that everyone thought was extinct in the rock world.

Stand out track ‘Marijuana’ is probably still doing the rounds in the heads of the crowd and they were the experience of the night despite not grabbing a next-round place.

Fevertree, who made first place overall on the night, played a blues-rock set that strayed as far away from the ‘blues jam nights’ that get hosted in locals across the country as you can get, with songs that were well structured and quite catchy. There was intelligent use of time signatures and the addition of a megaphone to the vocals every now and then to keep things interesting.

The set was a little dated in parts, but they managed to retain enough modernity in each track to ensure they remained relevant and the quality of the delivery was unquestionable. ‘Bringing me Down’ was the highlight of the set and as the final track of the night, it cleverly remained really short. Expect to see Fevertree around for a while, not just because they made it through to the next round.

The Form were the last band of the night and they didn’t quite manage to impress with their monotone Britrock style that had all the clichéd attitude, swagger, and lack of motion. The ‘Gallagher’ attitude of the singer as he shouted to the sound man to ‘sort it out’ wasn’t endearing, especially when every other band managed amongst the mega-kit-share. A lesser engineer might well have decided to shag-up the sound for the rest of the set, but the sound remained at the same high quality that it had maintained throughout the night. The only memorable tracks of their set were a song that sounded like a Levellers tune and a cover of ‘A Town Called Malice’.

Oasis have got a lot to answer for. 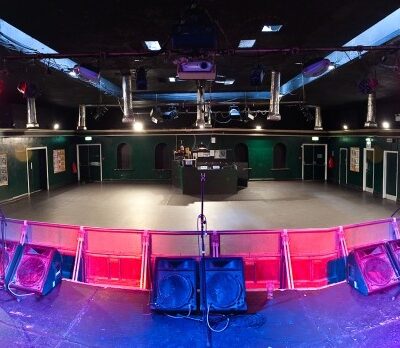