Support for tonight was from Jonball, the drummer from Fevertree’s brother’s band. Although it was their first gig with original material, they’re obviously well practised, with the lead guitarist slightly outshining the others. The cheeky singer displayed David Brent-like self-assurance but the bass player looked like a petulant teenager. He even nonchalantly checked a message on his phone between songs, something I don’t recall ever seeing a band member do on stage.

The songs compiled strong choruses, good hooks, and some heavy distortion. Standing out were the tracks ‘Buckethead’, ‘Step Down’, and an acoustic version of an Incubus song – which encouraged a few lighters into the air. With the set noticeably getting better as they relaxed more, each song improved on the last and their energy and confidence towards the end made the first half pale in comparison. However, there is room for improvement in both the harmonies and the changeovers between songs.

In saying the above though, Jonball admirably succeeded in fulfilling the support band’s job by getting the crowd well and truly warmed up for the headline act.

Fevertree have immediate star-like presence and were quick to get the place rocking as they leaped and headbanged across the stage. The singer, Liam, is as watchable as Anthony Kiedis as he gyrates, pouts, and wiggles his eyebrows with some style. Donning a guitar only once for the song, ‘Superman Wallpaper’, ensured the crowd weren’t distracted from his exceptional frontmanship.

Fevertree managed to accomplish the best use of a loud-hailer since the ‘Don’t be a sinner; be a winner’ guy on Oxford Street in London. Liam used it with conviction in a number of songs, undoubtedly adding dimension to the set. By way of some additional props, Liam could make good use of a soapbox in ‘Give Me My Country Back’ and a tambourine in ‘Standing Still’.

During the show, Fevertree took the unusual step of playing a song they’d only written the day before and as such had to take the forgivable step of referring to the words on and off. For some bands this could’ve been a bad move, but for Fevertree, sharing something brand new with the audience certainly worked in their favour, so much so that they played it again as the encore. How’s that for confidence!

The set of superbly crafted rock songs with excellent vocals, including harmonies, had half the room dancing (the girls certainly showing up the boys in this department) and the other half totally absorbed. Although the venue itself is about the size of Southampton’s most revered compact pub conversion, The Joiners, songs such as ‘Fired Up’ could get an entire stadium rocking.

On this performance it is no wonder Fevertree went down a storm in Germany after winning the UK final of Emergenza’s battle of the bands. It is also no surprise that they’ve managed to build up such a strong following as, with their talent and dynamism, it really was a pleasure to see them live. 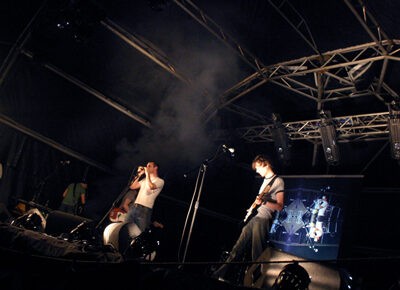 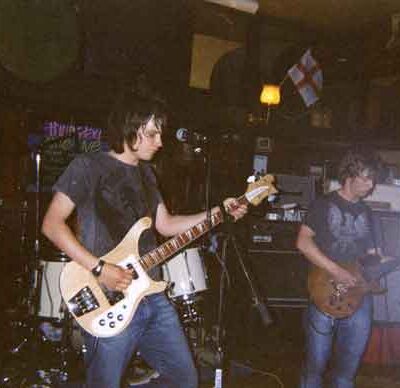