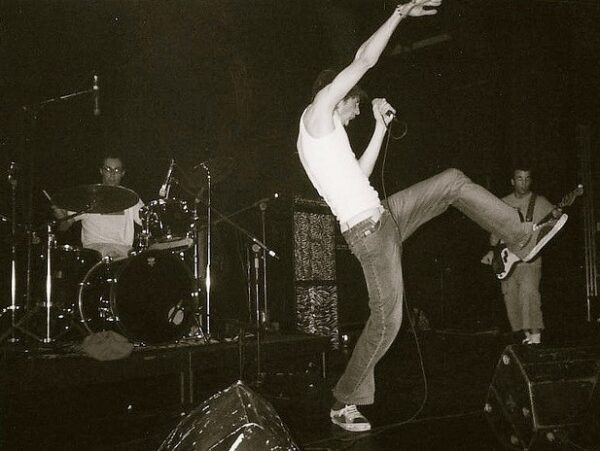 Due to a complete no-show from D2D, which will almost certainly mean a very hard time getting more bookings here, Sarah Jane Smith opened the night.

For those people who turned up at The Joiners expecting to see some lithe and sexy female singer: disappointment. However, for those who arrived with expectations of a punk-rock band named after one of Doctor Who’s assistants: disappointment also.

It isn’t that there is no talent to be found in SJS, in fact the drums were pretty solid and the vocals were pretty damn confident, it’s just that these two strong areas are wrecked entirely by some basically bland songs and a mess of guitar noise.

If the guitar could fall in line with rhythm section, and if the songs got some kind of anti-stagnant injection, SJS would be a half decent band. This may be too much to ask.

The Undefined followed up with a set that contained some good moments, one of which was their second song. Their sound is fairly hard to pin down, floating in the void that is post-grunge rock, but they were a decent enough group.

The main area for work with these guys is where their really good material makes their less brilliant ideas sound a bit dodgy. If they could demonstrate consistency in the song writing department, they would have a collection of tracks that would no doubt win over people at a steady rate.

Other than that minor detail, The Undefined were a decent enough band that are clearly getting better all the time.

My Deaf Audio are the UK arm of a genre that is typically associated with the US (EMO/pop-punk). Happily, the differences all fall within the ‘improvements’ department. The best example of this is the vocal, which apart from being more mature than their counterparts across the pond, lacks the heavily accented drawl of a spoken lyric and instead opts for the strong sung melody.

Musically, the tight creative drumming was the driving force that provided the solid foundation for the trebly-sounding bass and minimalistic guitar. Their stage presence was a tangible force and with stories about wanking, they soon had the crowd eating out of their hands… erm, so to speak.

With quite a few good songs sparkling noticeably within their set, MDA are obviously able to write hooky songs that avoid the throw-away pop that typifies most bands of this style. Co-incidentally, they seem to be selling a few records now in the form of their latest album, which should be a great buy if their live show is anything to judge by.

Against Me - Live (Ill Supply / No Substance) 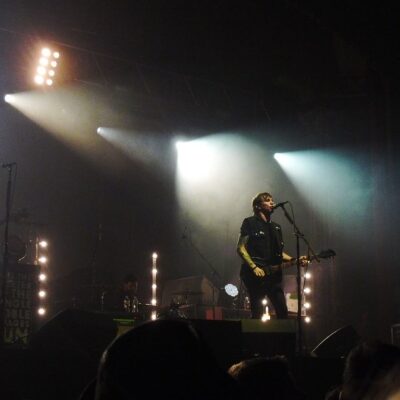