Describing themselves as having traditional rock ‘n’ roll roots with a 70’s rock feel, Tequila Stuntman perhaps overly simplify the description of their music, at least from the evidence contained within the three tracks on offer here.

The title track, ‘Always The Way’, gets the ball rolling energetically enough, and it does hark back to the Stones’ seventies days. The verse melts into the chorus, sounding more like Granddaddy every time I hear it. The vocals may seem bizarre when combined with the music, but they lend themselves well, even when distorted, adding an ethereal quality. Again a technique epitomised by many bands of the seventies, ELO anyone?

Hopefully not referring to anything being done in public, ‘Feeling Something’ is the second track and it creates a good creeping atmosphere before bursting into the chorus, stopping, then cranking it up again. Not a bad song at all!

The intro to the final track, ‘Only a Matter of Time’, once again stands out in it’s own right. As with all the tracks, the initial flurry or gentle strum of the introduction is balanced by the sheer effort they put into making the songs as rock and roll as possible.

My only gripe with bands who (for want of a better word) are ‘retro’, is that they tend to try and copy what has been done, as opposed to fusing the elements they want to incorporate with their own musical style. Tequila Stuntman are bang on the line, and manage to sound original through the various breaks in their songs.

There is certainly enough here to warrant seeing them live. If anything, their sound would be well suited for live performances and they create a unique atmosphere within the first ten seconds of each song that will make any listener keen to hear more.

In the days of manufactured bands, it’s reassuring to know that there are still some rock and roll bands out there, Tequila Stuntman are definitely one. 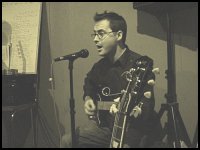 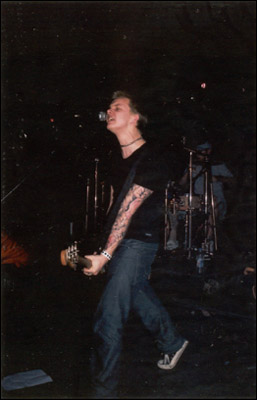