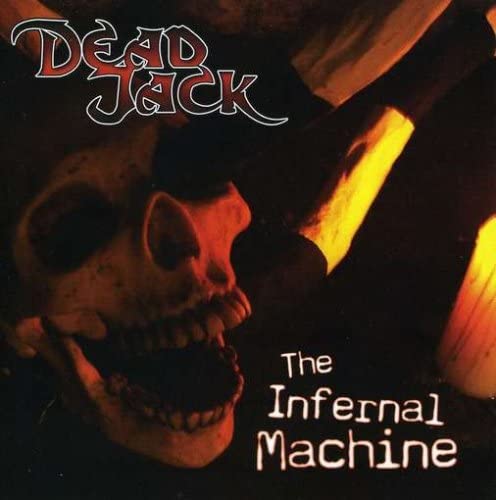 Dead Jack have been around for a while, forging a punk-metal sound and refining it over a couple of years. The Infernal Machine is their debut album and represents a fair bit of hard work in terms of gigging, song writing, and recording.

‘Death for the Dead’ provides a stormy instrumental intro that flies straight into ‘To Die For’, a track that will trigger memories of the live set courtesy of the incredibly hooky pre-chorus guitar bit. Dan Foy’s ‘I’m so sick of the world…’ chorus line provides an anthem for the angry masses, but there is a certain cheekiness to the front man that stops the anger from being a moody-teenager moan, opting for the more cynical bastard approach.

The wall-of-noise start to ‘Zero X’ provides a Smashing Pumpkins reference that is already suggested by the title, while the layers of vocals in the chorus provide hints of AFI and The Used. A punchy build up takes things to an epic ending that in turn flies off the handle before the end of the track.

Having been lifted from the ‘Destroy the World’ single and given a thorough tidy up, ‘I Killed Them All’ has one of the most memorable vocal lines on the record despite the fact that it goes too fast for the ear to fully follow what happens.

A concept-triplet of songs titled ‘Abuse This’, ‘Torture This’, and ‘Love This’ take control of the middle of the album before the title track, ‘The Infernal Machine’, kicks off with a Rotten-esque shout to declare it’s punk intentions. Dead Jack reclaim the song almost instantly with their own brand of punk-metal that’s so mixed up the edges are rather blurred.

‘Destroy the World’ gets the end-of-album treatment with a piano and guitar build up that has more than a little sophisticated charm and a feet-stomping build up before the main feature kicks in with fierce intent.

There is more than one throat-ripping anthem on this record. Standing out from what can only be described as a collection of high-quality songs are ‘To Die For’, ‘I Killed Them All’, ‘Torture This’, and ‘Destroy the World’ with ‘Suicide Girl’ being one of the most likely singles on the record.

Dead Jack have done well to delay the record until it could be done properly and will undoubtedly reap the rewards of their hard work and patience. ‘The Infernal Machine’ is dark, sinister, brooding, and more moody than a tired dog.