Warming up the busy Wednesday night Joiners’ crowd were Zero Consent, the first of three ska-punk bands, complete with small army of young, mosh-pit fearless fans. Dressed in a Blue Peter style bin liner dress, the lead singer wasted no time in enticing the crowd up to the front, where they dutifully followed instructions to ‘go mad’.

Ignoring false starts, uncertainty about the set list (set list? – we don’t need no stinkin’ set list!), and a broken bass string, the five-piece ploughed into their show fearlessly. Although very haphazard to begin with, (the lead singer proudly announcing the composure of the first song just half an hour previously), the set gained momentum as they played. Tight and polished would not be words to describe Zero Consent, but with songs about pandas and a maverick spin off of Franz Ferdinand’s ‘Take Me Out’, this band are about having fun.

It felt as though we were watching a rehearsal, but neither Zero Consent nor the audience seemed to care. Before long, a female fan was hanging off a microphone and dancing unsteadily on stage. Zero Consent didn’t bat an eyelid, but then, they’d probably have welcomed us all up there if there’d been room.

Hot on their heels came Schoolboy Error, who begged the question, how many band members does it take to make an orchestra? With two saxophonists, a trumpet player and a trombonist (not to mention the usual guitars, drums, and singer), this young Hampshire band certainly know how to rock. Impressively, lead singer Matt Grace held his voice over the melodic riot, and appeared to keep the whole ensemble together with his rubber-limbed dancing – all elbows and arms going everywhere.

Dicing with reggae and funk, Schoolboy Error are more than just a ska band. Remixing MC Hammer’s ‘Can’t Touch This’, and ditching the brass section for a toe tapping bass interlude, the songs are sprawling and ambitious. And the crowd loved them! Before long dancing girl was back on stage, this time dangerously wielding a trombone, and there was no stopping the crowd surfers. With the last, sing-a-long song of the set, ‘Forestry Commission Space Ranger’, the whole place erupted into energetic chaos. Phew!

Show stealers, Schoolboy Error proved a hard act to follow as veteran ‘psycho-ska’ band MU330 took to the stage for the headline set of the night. Hailing from Missouri, the five-piece are already well established on the independent circuit with this being their second visit to The Joiners after nine years. For all their protestations about knowing how to rock, MU330 were the embodiment of orderliness in comparison to the warm up bands.

Uniform in their matching T-shirts, their playing was tight and accomplished. Sounding in places like Green Day on speed, with country-esque guitars, syncopated beats, and belting trombones, they soon had the ever-eager crowd dancing. But, with the exception of an impressive drum solo, and an inspired ‘songette’ about Klu Klux Klan members ‘taking out the trash’, MU330 lacked the spontaneity and irreverence so refreshing in the warm up acts.

As the set progressed more time was given over to lead singer, Dan Potthast, reminiscing about times past and the crowd were getting fidgety. Watching MU330 play was like eating too many Smarties – a sugar rush of energy for hyperactive songs such as ‘San Francisco’, followed by dips in concentration during lengthy breaks of chit chat.

However, MU330 secured an unforgettable end to their set with a rendition of the Carpenters’ ‘Close to You’. This was swiftly followed by heavyweight trombonist, Gerry Lundquist, cavorting around the stage while ripping off his t-shirt. At last – this must be the psychosis MU330 proudly advertise of their music. But it’s a little scary too. 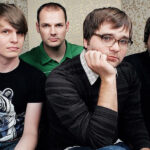 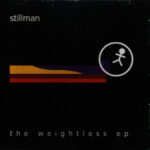 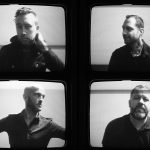 Rise Against – The Numbers