For some reason this CD decided to stick incredibly firmly to the floppy plastic sleeve it came in. The struggle that ensued was a gripping thriller, with plenty of skill required to remove the disk without damaging it. The removal was sudden and shocking, but safe, leaving a visible imprint of the on-body printing permanently stuck to the cover.

With the lucky escape over, the crowd drifted away leaving me to listen to the lucky survivor. I haven’t heard a self-referential song for absolutely ages, but the opening track on Atlantis Black, ‘Don’t Love You’, fills the gap with the chorus line of ‘Forgive me for writing this song…’. The drums and bass guitar are laid back blues rock, the guitars add anthemic Bon Jovi cries, and the vocal is a warm combination of all things 90s.

Similarly styled, but with a bit more energy, ‘Shake and Roll Again’ is more of a retro rocker with an Aerosmith style interaction between the guitar and vocal in the verse and a Guns n Roses guitar and bass interplay in the chorus. The pace is a definite foot stomper and everything sounds alright, but it’s the musical break just before the solo that really sparks something off in this track.

Continuing the rocking, ‘She Turns Me On’ adds the flirty lyrics that the style practically demands and the drums insert the odd syncopated fill that pulls your ears back from other distractions.

‘End of the Day’ is also the end of the record. Epic pop rock in nature, this track doesn’t quite feel like it belongs being as it is the theme tune to a ‘kids growing up’ TV series in amongst the anthemic rock.

Atlantis Black are joining the eternal and unavoidable struggle of the retro band; how do you play something that sounds classic without just sounding like something classic? Well, in this case they aren’t far off – just needing some more ideas like the solo-build-up in ‘Shake and Roll Again’ in order to sound truly original. 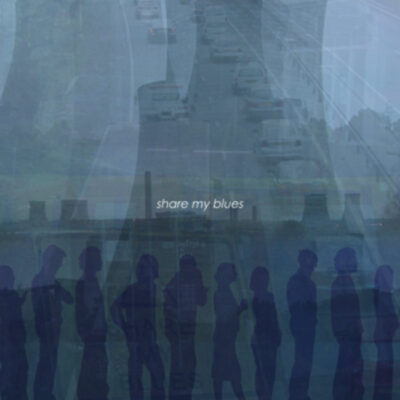