After all the punk records I’ve reviewed, I’ve finally been sent one that sounds like the Sex Pistols. I’ve heard tons of punk-revival, pop-punk, skate-punk, and stuff labelled punk that definitely wasn’t; but never a Pistols-style vibrant-sounding noise-fest with cracklingly loud instruments, simple down to business fifths, and a generous splattering of profanities.

‘Concrete Head’ has an intro that suggests that it’s all going to sound like The Strokes, but the half-spoken/half-spat vocal starts turning things around in time for the messy punk instruments to crash in, all sounding too close to the microphones and spitting mixtures of distorted edges followed by momentary clipping.

With an even stronger Pistols sound, ‘Sweet Summer’ has a pounding bass line and drums that sound like they’re about to break. The vocal is more confident and cocky, which is just what the song demands.

‘Kickin’ Off’ is a bit messy and directionless compared to the openers, but the bass line puts in a good effort trying to hold things together with a ‘My Sharona’ style riff before the Skunk Anansie tom-tom drum intro to ‘Take Me Home’, which sounds strangely like a punk version of Suede’s ‘Metal Mickey’.

It’s always difficult to decide if things are too messy with a punk band, as things don’t make sense if they’re too clean. The Depths are treading a thin line with their record-straining distorted levels and chaotic untidiness, but it’s a nice change to hear some punk that sounds like this.

Written by Fenton on 3rd November 2005 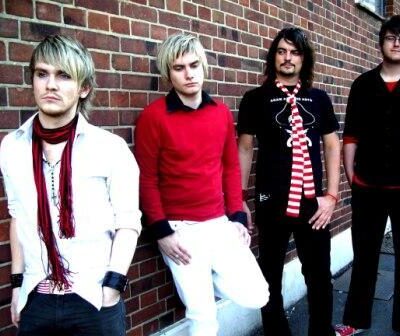 The Lights - No Conditions