Pitching up at the request of Kyoto I rush into The Joiners hoping and praying that I haven’t missed their set. Other than the fact that these guys are playing tonight I know nothing of the evening, such is the organisation by which my everyday life is led. The guy on the door doesn’t have my name down but seems to recognize me by now and I rush through to the stage area where a band is just starting up.

Standing relatively close up to appreciate the full impact of this band ( and also to try and figure out whether or not this is Kyoto), I’m surprised by the excellent sound pumping out of the guitarist’s amp and the PA. The Joiners usually has great sound but these guys have sorted out their levels just right, allowing the soulful vocals and groovy, grungy riffs to hit the audience with full force. There are elements of Muse, Incubus and Jimmy Eat World in this soaring vocal line, not to mention the confident smirk of Jack Black that lines the front man’s stage presence. This 3 piece fills the stage with such confidence it’s hard to believe that they’re the first on tonight.

The music itself is hard to pin down as the set is kept lively with elements of funk and thrash that intersect the grunge basis of the sound. This is the difference between seeing these lads tonight and seeing countless other unsigned bands of the same genre; I’m watching what is essentially a chord-based rock band with simple arrangements but I’m not exactly sure what will come next. It holds my attention and I can’t help but grin at some of these infectious riffs. As I await the next thrash intersection I overhear someone mention that this is Kyoto. Well I’m glad I enjoy it, this makes obtaining a CD for review a whole lot easier.

Following that nice surprise it’s time for AMOKi, a band made up of old members of Dilutral and Modular Series. Former Dilutral front man Kai Harris has a fantastic voice that manages to be tuneful and angry at the same time, offering an intriguing mix with the metal electronica going on behind him. The overall sound however is extremely bass-heavy, rendering any intricate guitar work incoherent. If you like things that are extremely heavy (which I normally do) there’s plenty of that here, however that’s about all there is.

Aside from Kai’s impressive vocals AMOKi are extremely repetitive, thrown back from the days of nu-metal when guitarists only needed 2 fingers and solos were outlawed. There are no hooks here, no ripping riffs, just sludgy heaviness garnished with industrial electronic beats that seem to come as standard with their tunes. It’s something to bang your head to, which a large proportion of the crowd enjoy doing to AMOKi. Fair enough if that’s all you’re interested in, but I want more from my metal.

There seems to be quite a buzz around Senser, tonight’s headliners. They have a silly number of albums for sale at the merch stand and the population tonight seem extremely excited about the set. Judging by the applause they are welcomed on with many of you reading this know far more about this band than I do, so I’ll just paint a brief picture for those that don’t. Senser is how rap metal should be done. This isn’t Limp Bizkit or Papa Roach whinging about wanting to break stuff etc, this is in a House of Pain, Rage Against the Machine, and (for the more chilled out songs) Faithless vein.

The rhythm section consists of the drummer, bassist, and guitarist and is as tight as you like, allowing the dual vocalists and DJ to take the limelight and entertain the crowd. Tune after tune presents pleasing guitar riffs underpinned by the ‘phattest’ rumbling bass lines known to man. Speaking of man, most of them here tonight are totally transfixed on the female singer’s 60s-type hip-shaking that runs from the first song to the very end of the last (as possibly beyond, I’m not entirely sure). Having come here expecting very little I leave cursing myself for not realising this band existed 6 years ago when rap metal was my thing.

‘The end of the world show is a re-run’ I sing to myself homeward. Check ’em out and it will all become clear. 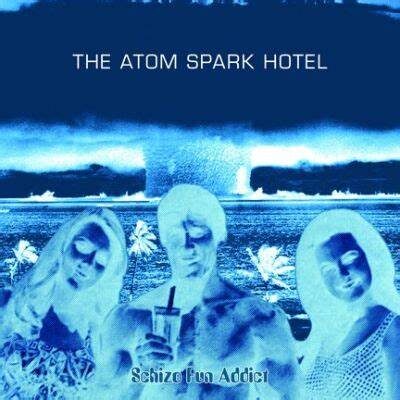 The Lights - Good As It Gets