Trends and styles are recycled in rock all the time, mainly because of their high redundancy and the fact that truly original movements appear in music relatively rarely. The Answer however, is no recycling plant. It is more of a museum. They play their blues rock almost the same way it was done by bands like Free and Peter Green’s Fleetwood Mac 38 years ago. Their debut album makes you wonder if these musicians have been cryogenically frozen in 1968 and then brought back to life in the first decade of the 21st century.

Like all purists, the Answer take what they do seriously and have mastered the ropes of their craft perfectly. Singer Cormac Neeson can do great vocal impersonations of all major 60s blues rock singers. He also knows how to add an edge to his singing to make you think of Robert Plant circa Led Zeppelin I. His imitations are so flawless that after a while they make you want to hear the real Cormac but all you are ending up with are more elaborations of the same format with even the slightest vocal mannerisms of the pioneers of this style faithfully preserved and presented as a kind of self-standing virtue.

Guitarist Paul Mahon is Cormac’s fellow 60s blues enthusiast. He defiantly disregards every post-1968 advance in guitar technique with an unbending pedantism of a true purist. His dirty sound, big volume and sustained wailing notes stem directly from the late 60s emotive styles, but in spite of going through all the right motions, his playing makes you feel only slightly excited. Where this approach to playing liberated the musicians of the 60s, on this album it sounds spent and passionless, despite its superficial unreservedness.

The songs on this album are as professionally composed as they are executed. They are all neatly written and stick to the traditional blues rock modus operandi from beginning to end. There are time signature changes where appropriate, middle eight breaks where you expect them and chord progressions that follow all the staples of the genre.

Where the Black Crowes succeeded by giving redirection to the blues rock tradition, the Answer fail to produce any revised understanding of the past. The album leaves you with an impression that this band is exceptionally similar to their heroes while still remaining worlds apart from them. What it does is go back to the 60s blues rock style. Not forward to it. 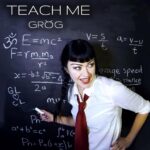 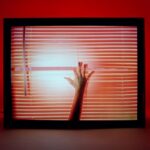 Mike A – Posh and Becks