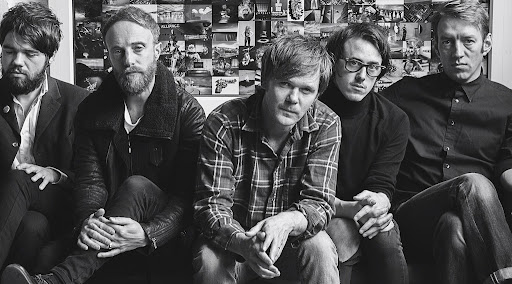 How many of you have heard of the MOK Fest? Not many I’m guessing. This festival is a hidden gem in one of the most remote parts of Scotland. It takes place in various venues around Campbeltown and was headlined by Idlewild this year.

After a four and a half hour drive from Edinburgh I arrived in Campbeltown – a coastal town favoured by Sir Paul McCartney. Every pub was advertising live music and entertainment, and the whole place had a great vibe. The festival runs over four days but with the bulk of the music happening on Saturday. A big parade kicked off Saturday’s events followed by live music on Kinloch Green and an open mic session in the town hall, where I was lucky enough to stumble across a great undiscovered talent there going by the name of 32 Miles to Breakfast – definitely worth checking out.

The day continued with more live music in Burnside Square and thankfully it didn’t rain. Highlights of the day were the Campbeltown Pipe Band Parade and The Kintyre Schools Pipe Band (World Champions) and whatever your pre-conceived opinions on bagpipes, you can’t help but admire their talent.

For me the night finished with the Idlewild gig in Victoria Hall. Before the concert I asked guitarist Rod Jones why the band had chosen the MOK festival as their only summer date.

‘We were approached to do it ages ago and we quite like playing in obscure places so said yes. We are also busy recording our next album at the moment so haven’t really had time to do many dates.’

Watching the audience make their way into the hall it was clear that not everybody knew what to expect of an Idlewild gig. I lost count of the number of pairs of stilettos I saw – not such a good idea on a beer soaked floor!

Idlewild were supported by local band Violent Echo who pleased the crowd with great covers of well known indie hits and were reluctant to come off stage – obviously enjoying the attention.

And so Roddy Woomble and his gang came on stage at 11pm and blew me away as always. They performed songs from all their albums but the crowd seemed to be most familiar with those from ‘The Remote Part’. We were also treated to three great new tracks from the upcoming new album, which will be released at the end of the year, with a UK tour in February.

Idlewild have recently been moving into a slightly more folky territory – a far cry from their days as punk rockers. However, Roddy’s recent folk solo release seems to have vented this and allowed the band to go back to a heavier sound.

After a 90 minute set the Victoria Hall felt like a furnace but the crowd of all ages obviously loved the music and the band seemed to really enjoy themselves.

Campbeltown is unique and not the easiest place to get to but, if you’re fed up of the same dredged up line up at every big Summer festival, it’s perfect. By all means go and jump around in a field with 70, 000 strangers to some of music’s biggest names, but check out some smaller festivals like this one too.

Idlewild never fail to please when they play live and their wide range of styles made for an exciting night of music – the end to a fantastic wee festival and one very happy and exhausted Mag writer! 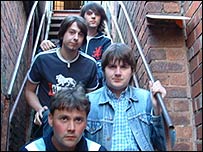