Vamps and Gypsies are a glam band, but although they quote Motley Crue and Guns’n’Roses among their influences, they certainly also draw a lot from an earlier era – 1970s glam rock and punk. If you think of straightforward song writing of such classic glam acts like Slade and Sweet mixed with the edge of the Ramones, you will then get an idea of where a lot of Vamps and Gypsies’ inspiration comes from. Two major assets of this band, however, make all the difference in turning Vamps and Gypsies into more than just another attempt to replicate an era gone by. These are singer Nikki Jones and guitarist Stubio Lopez.

Nikki, who is also the main songwriter of the band, understands composition in uncomplicated, clear-cut terms, but manages to make her songs work by recasting the self-imposed code of recurrence and reiteration in a convincing rock song format. Apart from being an emblem of a rock chick pin-up par excellence, she, most importantly, possesses a unique voice – brazen, sexy and confident. Her attitude, as well as technique, makes her voice sound authentic and persuasive – a rare occurrence on a scene where almost every vocalist tries to imitate the 1980s LA style. With Nikki, she herself is the source of her sound, her own singularity ensuring the originality of her singing.

‘Decide’, a dramatic song with a catchy chorus was a perfect showcase of Nikki’s dynamic voice and bold attitude. Her tone throughout the song span a range from sexy and sultry to boyishly urgent and almost aggressive, in a much more convincing and powerful way than demonstrated by the recorded tracks on the band’s web page.

Stubio Lopez is Nikki’s perfect accomplice: he understands all about structuring and balancing a perfect rock solo, knowing how to build a melody line in an exciting and diverse way, with contrasting phrases and changes in intensity, while still making sure that the original impetus of the song is never lost or obscured.

‘Dumped for Jesus’, for which Stubio is also the main writer, was the real highlight of the show, featuring two solos – both flashy flawless creations formed by changes in range and tension – impressive statements of Subio’s ability to move and entertain. Rhythm guitarist Flash Danny and bass player Rich Elson provided solid foundation to the song, allowing it to breathe and move the way any great rock song does. The best thing about ‘Dumped for Jesus’, however, was that it showed the band’s ability to escape a pre-set format and to write a memorable and unique song with a catchy chorus and all the necessary hooks obligatory in a potential hit. If the band continues to advance their song writing, they could soon develop into bona fide members of this country’s glam rock elite. 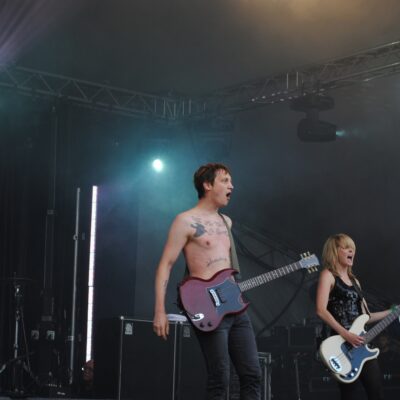 Echo and the Bunnymen - Me, I'm All Smiles LP 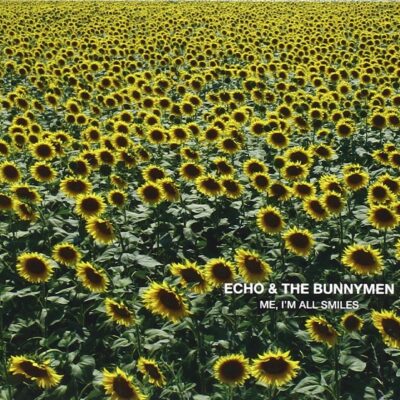