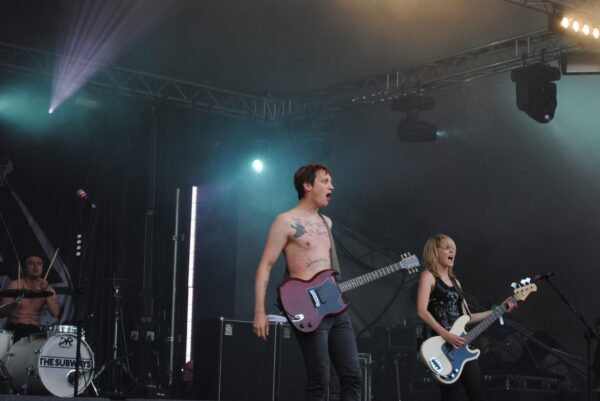 When I last saw The Subways, they were performing to 70,000 people and the chance to catch them at a relatively small venue is now a rare experience, despite the fact that they remain largely unknown in the mainstream (although, when pressed, most people will recognise them as the soundtrack to a Rimmel advert.)

Tonight, then, was predictably packed with fans that, somewhat surprisingly, didn’t purely consist of fourteen year olds. However, throughout both the support bands, it was evident that The Subways held the appeal, with little enthusiasm for either Wry or The Sunshine Underground.

Their loss! Wry played a set of energetic, catchy tunes; raw, exciting but with a sound that is refreshingly different to your generic indie band. Front man, Mario, has a quite endearing voice, which perfectly complements their perfectly crafted melodies.

While British and US bands have forever reigned supreme on these shores, the addition of the band’s Brazilian roots adds a little something extra and perhaps their comparison to The Libertines is not too far from accurate. ‘Airport Girl’ is a particularly strong track, although what, precisely, it’s all about is beyond me. Live, Wry play a frenetic set, and visibly truly believe in what they are doing.

The Sunshine Underground seem to have been around for a while now, yet have so far been resigned to endless ‘toilet circuit’ treks around the country, although this could be set to change following the release of debut album Raise The Alarm. According to the NME, this Leeds-based four-piece are ‘new rave’, although if there was a rave of any description, I must have missed it. What is true is that the band has some pretty decent tunes, punk and funk in equal measure, with slick, danceable grooves that are both uplifting and interesting.

I must admit, that after a while I thought their set to be somewhat predictable and a little lacklustre, but the final two numbers made up for this with excellent sprawling disco sounds, which almost got the crowd dancing. Almost. ‘New Rave’ then? No.

As soon as Billy, Charlotte and often forgotten drummer, Josh, took to the stage, the crowd immediately dissolved into a frenzy of endless crowd surfing, although The Subways are seemingly now so accustomed to this, a gig wouldn’t be complete without it.

Opening with ‘With You’, they steamed through a set comprising mostly of highlights from debut LP Young for Eternity, which were played faultlessly and with their trademark pogoing across the stage with relentless energy.

Technically, The Subways may not be doing anything innovative, yet they somehow succeed in epitomising a generation, managing to produce tracks of a rare calibre that sound shamelessly young, ruthlessly energetic and highly sophisticated as well. Only two new tracks were played; ‘Girls and Toys’ and ‘Kalifornia’, the latter being the stronger of the two, although both went down well with the audience.

Closing with the anthemic ‘Rock and Roll Queen’ The Subways perfectly closed their relatively intimate performance and left the audience wanting more, although if the band continues to go from strength to strength and fulfil the potential they possess, such a small gig may become even harder to come upon. 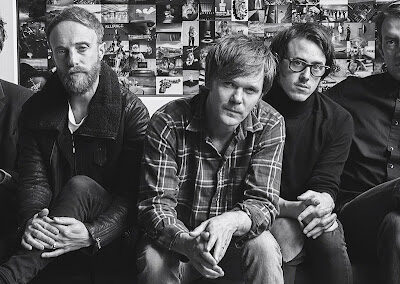