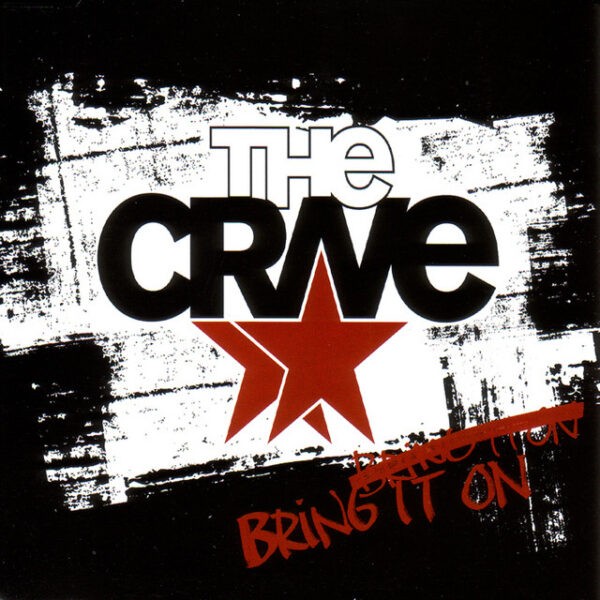 The Crave
Bring It On

An amusing thing about the Crave is that they list AC/DC and Guns’n’Roses among their influences. This statement couldn’t be further from the truth unless the Crave live on a planet where the bands with names AC/DC and Guns’n’Roses play straight-forward unadulterated britpop. Apart from wanting to be somehow associated with the 1980s classic rock acts, which an overabundance of other young bands up and down the country quote as influences these days (having just realised that classic rock / sleaze revival is probably going to be the next big trend in rock), there is otherwise nothing flaky about the Crave.

Their songs are catchy and well-written, and the fact that they lack their own individual character shouldn’t be a hindrance on this band’s way to success given the current climate in music business. What will, however, most likely prevent them from getting a record deal any time soon is not the fact that their music is unoriginal, but the fact that britpop bands are not the ones that record companies are dying to sign right now, and no amount of talking about AC/DC and Guns’n’Roses as influences will get the Crave on the 1980s rock revival bandwagon. That is unless they review the reference sources for their songwriting and somehow change their inoffensive and somewhat flat individual instrumental styles into something more energetic.

‘Bring It On’, the opening track of this EP, is inspired by The Who, T-Rex and 1990s britpop bands. There is none of the vigour, arrogance, swaggering instrumental brilliance or dramatic interplays of light and shade, composure and passion, assertiveness and insight that are associated with the bands like Guns’n’Roses and AC/DC. But this song doesn’t have to have all that to be good, and ‘Bring It On’ is a reasonably catchy number, upbeat, smooth and pleasant. The problem with it is that it is based on one uncomplicated musical idea which wears off after a fairly short while. Another thing about this track is that it sounds just like a million other britpop songs that we have all heard in vast amounts from 1994 onward. The undemanding vocals and the uncomplicated guitar lines are all there ( the usual staples of the Britpop genre) as well as the simple harmonic structure and the basic, no-frills rhythm section.

‘I’ve Got Better Things to Do (Than You)’ is another track that sounds like it was recorded in 1997 and reminded me a lot of Cast. The song flows seamlessly and demonstrates that the Crave are real pros ( even if the kind of pros who are always one step behind the trendsetters) the ones that can imitate flawlessly but don’t have their own unique vision.

In spite of all that’s been said above, one track on this EP, ‘High’, makes you think that this band is still capable of writing really inspired, moving music. ‘High’ is not a ground-breaking unique song but, while it follows the rules of the britpop game, it still manages to grab your attention purely by being beautiful. It has a mellow, faraway feel to it and is written in a simple and unpretentious way, with an unforgettable lingering chorus creating a serene, floating mood. The vocals sound perfect for this song – honest, confident and relaxed. The elementary guitar solo comes through as plain-spoken and direct rather than dull (unlike the majority of these kind of basic solos) and adds to the entrancing atmosphere of this song.

It is a real shame that this amazing number had to be followed by ‘My Apology’, a platitude through and though, predictable, bland and immediately forgettable. The weakest song of the four, it did not offer a single musical moment to remember it by and shouldn’t have been put on this EP simply because it spoils the final impression.

So the final verdict on the Crave? Well, if bands were getting points solely for their professionalism, the Crave would get 8 out of 10. As far as originality goes, I am afraid they are somewhere between zero and two because what they do is an imitation of an already fraudulent original. However, ‘High’ rescues this band from being filed under ‘banal’ and I hope that their ability to write more inspired music in the future will rescue them from a musical oblivion.

PhonotonalMusicSingle Reviews The Crave – Bring It On
The Crave 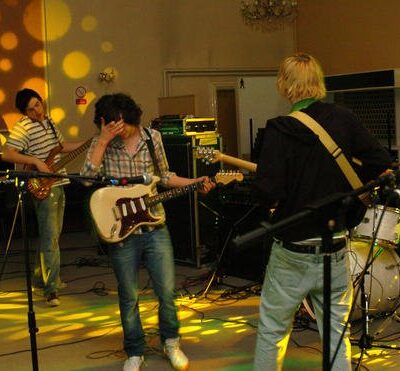