Thrash metal legends Exodus descended on the UK this month for a one week tour completing it with a show at London Underworld on November 7. Their 90-minute demonstration of how real Californian metal is hammered left the audience begging for more in a packed-out venue with sweat running down the walls and condensation dripping from the ceiling.

Guitarist Gary Holt, one of the founding fathers of the genre, continues to lead his band on its quest despite all the tests of the last 24 years. Unperturbed by numerous line-up changes, Exodus these days deliver a set that sounds more furious and convincing than ever before.

The opening classic ‘Bonded by Blood’ immediately got a riotous response from the crowd. Staccato rhythm guitar sounded like machinegun fire, the lead guitar lashed out with biting riffs and new singer Rob Dukes (recruited in 2005) addressed the crowd with evocative lyrics of murder, blood and mutilation in a jarring voice which at times reminded of the fallen veteran Paul Baloff. With all this underpinned by vehement drumming and punchy bass, you had no choice but to be overwhelmed by the staggering vividness of this band’s live performance. ‘I am Abomination’ from the latest album ‘Shovel Headed Kill Machine’ turned into another standout number, building a dense rhythm foundation for a swift melody which later exploded into a fierce solo played by Holt with the fire and intensity of a true thrash champion.

In the middle of the show Dukes asked the audience (with irony) if they wanted to take a break to catch their breath, and then immediately turned on the brutal flesh-grinder called ‘.44 Magnum Opus’. This track, also from their latest album, became the best number of the show, living up to both implications of its title. It hit the crowd with a spitfire intro and then Holt and Altus discharged a blistering round of shots in a short guitar duel before the lyrics joined the song’s hard-hitting motion. The interplay between the angular melody and the relentless rhythm pattern escalated the tension before it erupted with two culminating solos: one by Holt, the second one by Altus. All songs from ‘Shovel Headed Kill Machine’ were greeted with fervent enthusiasm, but for old favourites such as ‘A Lesson in Violence’ and ‘Braindead’, the audience went ecstatic, revealing why this band, to this day, is so high up on the thrash pantheon.

Compared to the headliners, the two supporting British bands, Serpentia and Biomechanical, placed more emphasis on novelty and experimentation, but still served as good illustrations of the path walked by thrash in a quarter of a century since its conception by a handful of Bay Area innovators among whom Exodus remain one of the most dedicated and honest.

Thousand Natural Shocks - Under The Sun 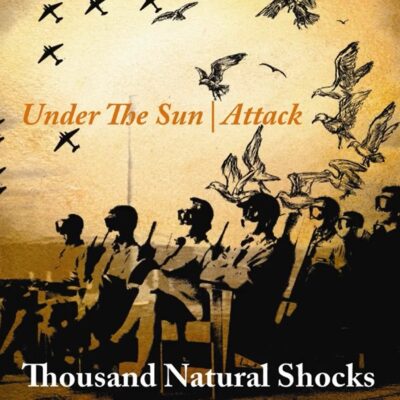