Manatees have rather helpfully supplied the alternative title of Untitled for this release; the full title being ‘The Forever Ending Jitter Quest of Slow Hand Chuckle Walter: An Introduction to The Manatee’.

However, it’s not the title that gets your attention so much as the dark and twisted instrumentation that combines to form the epic-metal sound that Manatees creates.

Like much of the material on the Motive Sound label, this is a largely vocal-free zone, although there is a bit of screaming and chanting to be had along the way. What you get instead is tons more focus on the creative side of the song structures, which in this case involves some massive rhythms and plenty of experimentation – including a fire extinguisher and coat hangers.

Manatees tread out a path that draws from prog metal and adds an epic remixed feel. They will have trouble releasing anything smaller than a twelve-inch from this record, especially if they go with the fifteen-minute opener, but the songs contain so much substance that they never drag.

The Boy From Space - The Farm 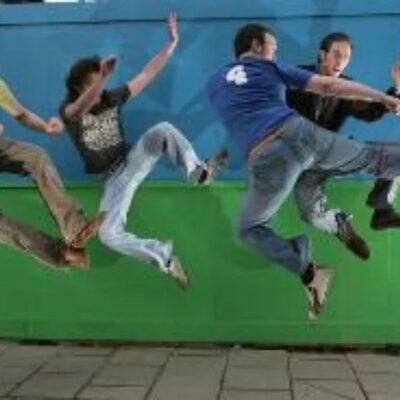