Household, a four-piece ‘nu-wave punk rock’ band from Scotland, here unleash their second EP. First up, points for the presentation – CD and press info came presented in a fold-out envelope, with all the text hand-written. Somehow this left me pre-disposed to liking the band. I’ve no idea why – must be a foible of my brain. Anyway, on to the music.

On first listening, Aerogramme is the first point of comparison that springs to mind. Opener ‘The Mask’ is a great song, part tightly-wound Bloc Party rhythms (admittedly at their most Radiohead-aping), with a broad Scottish lead vocal line which is a good thing for these ears. The song makes good use of light and shade with long instrumental passages before exploding into a blistering coda.

The second track, ‘Mark #1’, is a more conventional post-punk track, with a yelping/screaming vocal (coming across as not dissimilar to Garrison) with a beautiful breakdown around two minutes in which, not for the first time, makes me think this band must be a storming proposition live.

Final track, ‘Brian’ is the quickest out of the blocks of the three, again calling to mind Garrison, but with added synths which really lift the song.

This is a great little demo from a band which deserves wider exposure. It’s very creative, well written, and with production and mixing clarity, which would shame many more illustrious bands. Household are definitely a band to watch out for in the coming months.

The Shaker Heights - Who Will Be The Rider? EP

The Code - Back of the Room 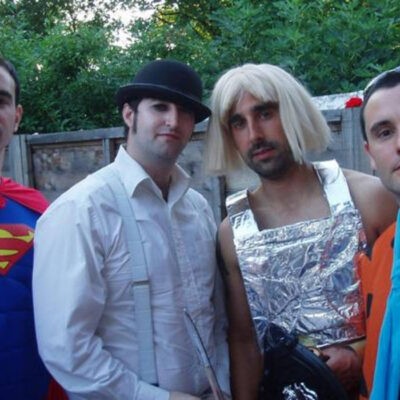