Dionysus is re-born in a city which is never named, but which can only be Rome. He doesn’t understand how or why he’s there again – a pagan god in a city where he has no believers. Weak and disorientated, he’s sleeping rough when he meets fifteen year old Grace; a chance encounter in the streets of the Jewish Ghetto leads to the beginnings of an unconventional relationship. It seems that the god needs Grace more than she needs him, but along with her best friends, Caroline and Sara, she overcomes scepticism and fear to become his worshipper… (Synopsis)

In Exile is one of those special books that takes you on a journey that is both epic (the return of a god), and very personal (how it affects schoolgirl, Grace and her friends).

From the chance meeting early on, through to the dramatic climax, the feeling that the situation is spiralling out of control deepens and you feel deep empathy with Grace as she swings between languorous acceptance, compulsive addiction, and paranoid jealousy.

Despite the supernatural theme, the story remains firmly grounded. The vivid descriptions of Rome and the banality of everyday life that Grace must endure between meetings with Dionysus mean that everything seems perfectly rational; even when the god makes wine pour from his hands during the strange inverted-vampirical ceremonies.

The pace picks up as events get more disturbing. As the book reaches its crescendo, the moment that Dionysus ends his exile at last provides a sudden twist. That last echoing note is left in the air as the book ends, a brave and clever final clang of maniacal chaos.

The book is, first and foremost, an excellent story. As a bonus, you’ll learn a thing or two about Greek and Roman mythology. 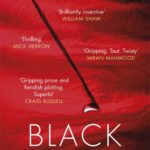 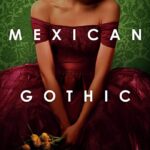 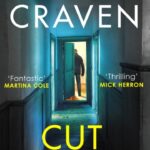