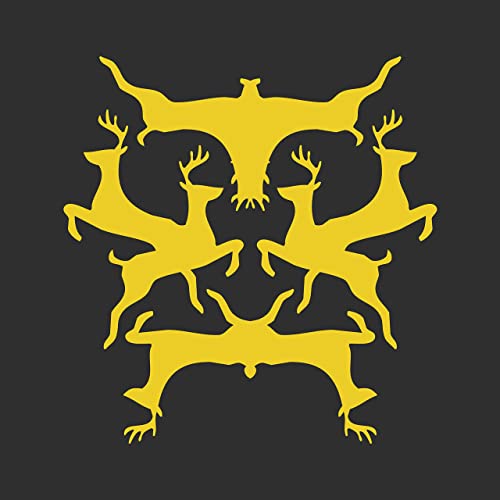 Dead!Dead!Dead
For Every Heart There is a Knife LP

Oh. My. God. I have obviously been away from the South Coast for too long, because nobody told me Dead!Dead!Dead! released this record. Popping into the digital universe eighteen months ago, ‘For Every Heart There is a Knife’ gives us thirteen tracks from the unsung gods of progressive indie.

Like their Rorschach-stag album cover, there is always something new to discover in songs that span over a decade of song writing. This band defiantly play a eclectic combination that can only loosely be divided into three groups; an energetic staccato indie, an ambitious epic sound with countrified edges, and a dark pop with melancholic edges.

‘Razor Sharp Beaks’ explodes into life, guitars slashing and voices lashing out, before leaving the verse to Acharjee’s epic bass line and Glover’s confident drums. There are three or four songs that hit this Dx3 classic groove that could have opened this album and I don’t envy them the task of planning out this play list. On reflection, this is the perfect way to begin. It’s got all the smashing swagger that makes this band such a hit in every venue they played.

‘Last Tango at the Auction House’ shows the occasional country influence that Dead!Dead!Dead! managed to blend into the music. Always a live favourite, ‘The Mightiest Melodrama of them All’ is a post-punk revival track with country flair that echoes this style further down the track listing.

More jangly, but no less appealing, ‘A List of Things to Not Forget’ is sprinkled with changes of tone and pace that come together in the style of Bloc Party.

Nobody knows who visited the band from another dimension to supply the frenetic ‘Salad Depot’ (named after a sign spotted on the way to Blissfields); all we know if that we have definitive proof that you can be edgy and unique whilst also retaining hooks and melody. ‘Stop telling me to sing an not shout’ Dunsire screams, with Canning supplying the frenetic counter melodies. Few greater songs exist; and they aren’t as good!

The off-the-wall ‘In Bognor They Waltz’ has a great rhythm section, underpinning angular guitar stabs and another great vocal dual. Memories of the band leaving crowds stunned return as the final chorus kicks in.

With guitars that sound like a lost Suede demo, ‘No Sea View’ is an island of thrumming relative-tranquillity. It is no less emotional or brooding, but it’s a different flavour that provides the perfect segue to ‘Vaudeville’.

Things return to the tightly choreographed chaos in ‘Cars are Coffins’ combines the flavours of ‘A List of Things to Not Forget’ with the unhinged energy of ‘Salad Depot’. It stutters and clicks along with flashes of riffs and a driving bass line.

The album ends with ‘George Lassoes the Moon’, a smashing former single that draws forth the eye-moisture with reminiscent flashes. This band were so consistently good, why weren’t they snapped up?

That’s a sprint through the track listing, but what more is there to find when we peel away the initial appeal of the eccentric song writing? There are four really great musicians here, and lyrics that cut and sashay with rare erudition. It’s clever, but not pretentious – at least, where it is conspicuous, it is tastefully done and self-deprecating enough to cleverly vault the “before a fall” tripwire. This in itself is a sign of genius.

The scattered collection of demos, EPs, and live recordings have now found a permanent home on this untouchable beauty of a record.

PhonotonalMusicAlbum Reviews Dead!Dead!Dead – For Every Heart There is a Knife LP
Dead! Dead! Dead!

Die So Fluid - Do You Dare 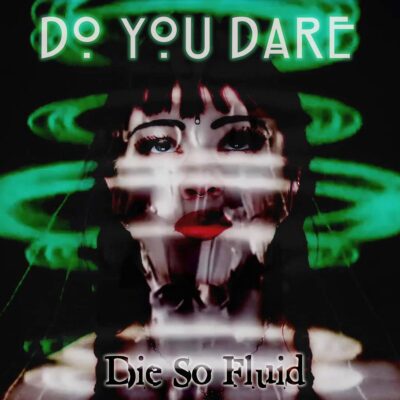 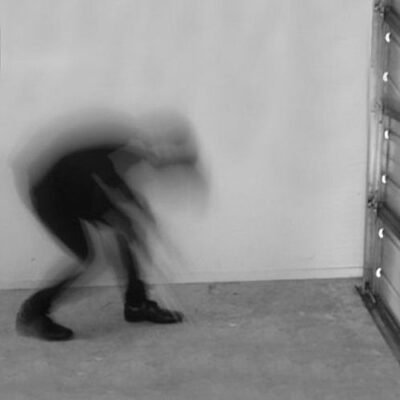