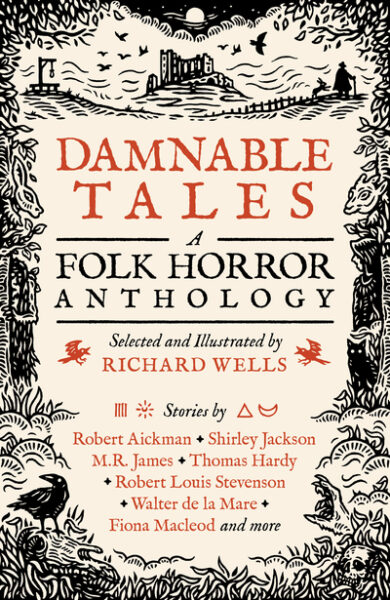 Collected gothic horror, ghost stories, and twisted tales have a long history. Damnable Tales is a century-spanning celebration of the tradition of opening up a book and finding ourselves sitting around the campfire with brilliantly dark inventive minds.

There is a bit of everything here, from the literal demonic forms of Bernard Capes’ The Black Reaper to the superstitious terror of The Sin Eater by Fiona Macleod. There are plenty of variations on ancient local religion and customs that will definitely appeal to folk horror fans, as well as lovers of other forms of horror. There is also plenty of inspiration in this collection for those who write in the genre, with tales such as Walter de la Mare’s All Hallows, which could birth a thousand alternate directions in which the plot could have developed.

There are several key facets to this collection that make it particularly appealing. The stories span almost a century, arranged in near-chronological order (with just Edith Nesbit’s Man Size in Marble and Robert Louis Stevenson’s Thrawn Janet reversed, though they were written in the same decade). This provides a view of the influence and evolution of the form. Additionally, there is a commonality to the general theme, but great diversity in the application of atmosphere, terror, and unease. There is also a good mixture of horror forms, from bad old humans themselves to landscapes, strange buildings, and more supernatural sources.

Each story is accompanied by linocut art from Richard Wells, which you can see for yourself in the below spread. This collection isn’t just beautifully written, it’s wonderfully illustrated. Care has been taken throughout this hardback edition to ensure the quality is maintained in every layout, stitch, and cover inch. There is clearly a great deal of passion in evidence.

Damnable Tales is a book that many people would love to display on their coffee table, but unlike other books in this situation you’ll notice the spine will have taken quite a beating. This book is for reading as well as enjoying.

Damnable Tales is an illustrated collection of classic short stories drawing upon the haunted landscapes of ‘Folk Horror’. This now widely-used term was originally applied to a series of British films from the late 1960s and 1970s: Witchfinder General (1968), Blood on Satan’s Claw (1971), and The Wicker Man (1973).

But as this collection shows, writers of uncanny fiction were dabbling in the dark side of folklore long before those films. These 22 stories take the reader beyond the safety and familiarity of the town into the isolated and untamed wilderness. Unholy rites, witches’ curses, sinister village traditions, and ancient horrors that lurk within the landscape all combine to remind us that the shiny modern urban world might not have all the answers…

The collection features classic stories from masters of supernatural fiction including Shirley Jackson, M.R. James, Sheridan Le Fanu, and Arthur Machen, alongside lesser known voices in the field including Eleanor Scott and Margery Lawrence and popular writers less bound to the horror genre, such as Thomas Hardy and E.F. Benson.

They have been selected by Richard Wells, an illustrator and graphic designer known for his dark folkloric style and whose work for television has featured in Sherlock, Doctor Who, and the the recent BBC adaptation of Dracula. Each story is accompanied by one of Richard’s full page original lino-cut illustrations. (Synopsis) 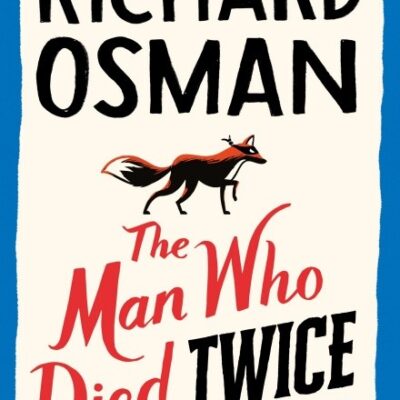 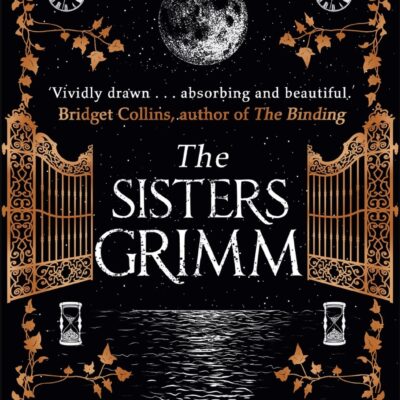