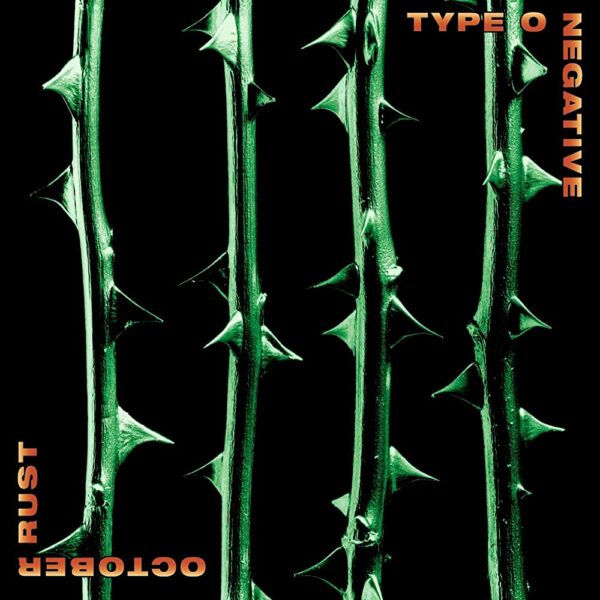 All the way back in 1996, Type O Negative released October Rust. Their forth album, and highest charting UK release, October Rust was a masterpiece and without doubt my favourite record from the green men. I’m sure it’s the same for many fans. Having dusted off the signature black and green album cover, I’m ready to give it another spin.

The songs on this album mix ballad concepts with a strong erotic vampire and mystical theming. There is plenty of wit present in the lyrics and self-deprecating humour in the spoken intro and outro. The musical part of the record begins with track three, ‘Love You to Death’. A killer riff, an amazing atmosphere, plenty of melody, and a perfect way to kick things off. Steele soars from the deep bass to a solid tenor while Kenny Hickey adds ghostly harmonies. There are two key hooks in this song that keep it connected throughout the full seven minutes, the piano from the introduction, which reappears a few times, and the descending guitar line that drives the emotional sections and ending.

‘Be My Druidess’ gets a fuzzy bass riff that is the main driving force throughout. Atmosphre is added by eerie keyboards and a whispery vocal. The guitar is subtle, but provides important echoes in the verse and accentuates the chorus with chords. The ‘I’ll do anything…’ line is one of the deepest vocals on the record, other than the latin section of ‘In Praise of Bacchus’.

The guitar gets to lead in ‘Green Man’, which soars and smolders simultaneously. The lyrics are poetic and give direct reference to the album’s title:

Autumn in her flaming dress
of orange, brown, gold fallen leaves
My mistress of the frigid night
I worship, pray to on my knees

There’s a long outro with an abrupt stop before the amazing ‘Red Water (Christmas Mourning)’ a song about death and ghosts with a solid holiday season ring to Josh Silver’s keyboard in the chorus. This song, at just short of seven minutes, also get’s the sudden termination treatment. This technique just serves to enhance the strange ambiance of the album.

Possibly the most famous song on the record, with a Halloween rock ‘n’ roll beat and sexually charged lyrics, ‘My Girlfriend’s Girlfriend’ is as close to a pop song as the band ever got. It’s memorable, short enough to get played on the radio – heck it even has an open chord ending – but in all other respects adheres to the vampire goth theme.

The dual vocal is used to good effect in ‘Die With Me’, which has great movements from the intense chorus to the guitar that takes us back into the verse. The keyboard gives end-of-line flickers as well as neat high piano that predicts the ‘since she’s gone’ line. The song ends with a riffy instrumental section and another of those truncated finishes.

With more bounce than the other songs, ‘Burnt Flowers Fallen’ has a big riff at its heart. It also transitions through several moods, sometimes plaintive and … before ‘In Praise of Bacchus’, with the aforementioned doom-laden latin end section and additional backing vocals from Pist.On’s Val Ium.

As an aside, we’ve put the record straight on the meaning of ‘In Praise of Bacchus’, including the latin chant, which has never been correctly translated (in our opinion).

After their cover of ‘Cinnamon Girl’, there’s an interlude for ‘The Glorious Liberation of the People’s Technocratic Republic of Vinnland by the Combined Forces of the United Territories of Euro’, which is a one-minute military pastiche.

The final run-in is then super-high quality, with the epic ‘Wolf Moon’ and ‘Haunted’, with the former being a perfect example of the Gothic mysticism and wit that Steele so ably combined. I won’t explain this one in detail, as you’ll get it if you listen to the lyrics. With ‘Haunted’, the title is a better description than I could write.

So, here’s to Peter Steele, Kenny Hickey, Josh Silver, and Johnny Kelly for this album, which still conures all the magic it did in 1996, 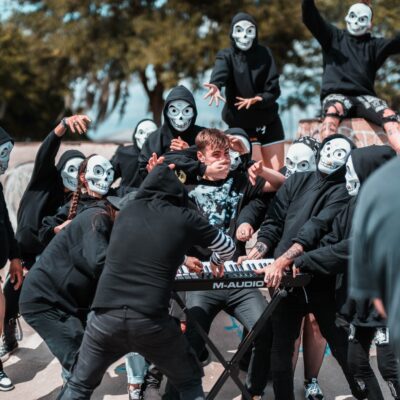 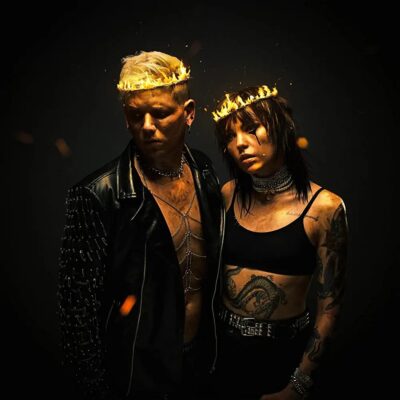